Shakib in BBC’s team of the tournament 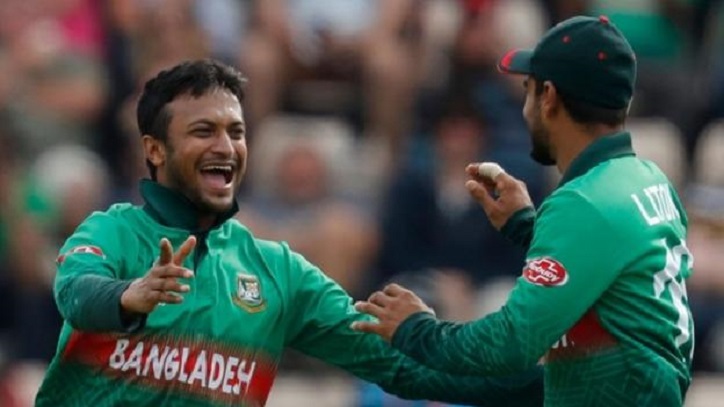 Probably, Shakib Al Hasan will be common in every best squad to be made with the players of this World Cup. He has made his way to the best XI from the players of ICC World Cup 2019 elected by the readers of BBC.

Though, Bangladesh have been eliminated from the Round Robin league of the tournament, Shakib is fantastic with his individual performance.

BBC wrote, “Shakib managed seven knocks of 50-plus in the tournament. No player has recorded more in a men's World Cup (India's Sachin Tendulkar also managed seven in 2003). Against South Africa, Shakib became the fastest player to reach 250 wickets and 5,000 runs in ODIs.”