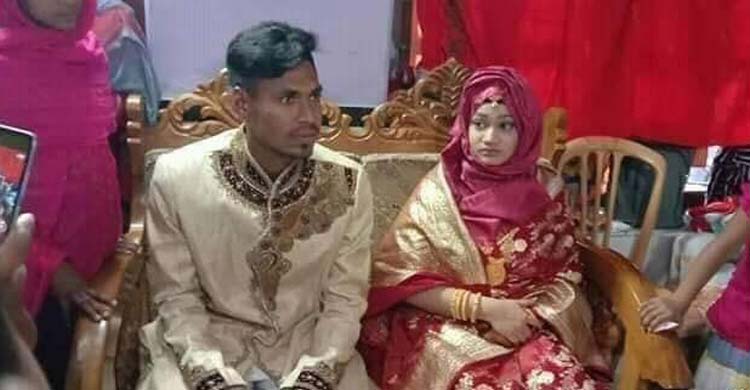 The house of Mustafiz at Hadipur in Satkhira is now crowded with relatives and acquaintances as the wedding reception of the Bangladeshi speedster and his wife Samia Parvin is going to be held today.

Around two thousand people including a former minister and members of civil society will attend the programme.

The family members of ‘the cutter master’ have been passing busy hours to receive the bride.

The house was decorated with flowers and colourful lights. An eye catching archway was erected in the entrance.

Earlier, Mustafizur Rahman tied the knot with Dhaka University student Samia Parvin, who also happens to be his cousin, on March 22.

Following his debut, Mustafizur Rahman became a vital member of the Bangladesh ODI set-up and was considered the team’s key bowler in this format. However, injuries result in Mustafiz spending time on the sidelines.

He took the most wickets (13) in a debut One Day International series. He is the first player to win the ‘Man of the Match’ award on both Test as well as ODI debuts.

Mustafiz made his international cricket debut against Pakistan in the Twenty20 format in April 2015. Later that year, he played his first One Day International and Test matches against India and South Africa respectively.

Before his international career, he played in the 2014 Under-19 Cricket World Cup.