We should work as competitor, says Himu Akram 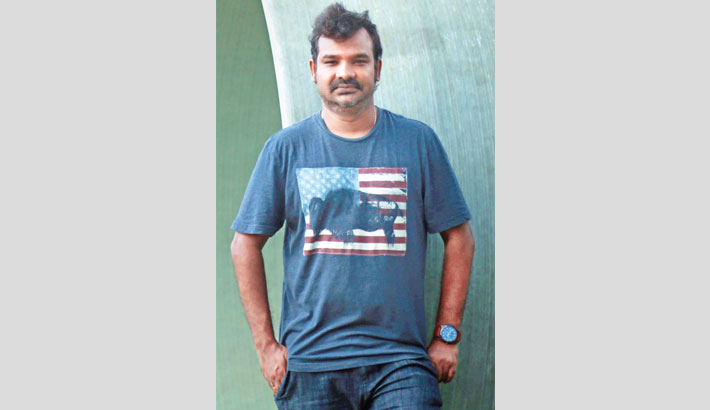 Himu Akram, one of the most popular directors in the country’s small screen, has said that they should do work as a competitor and so it’s time to get good work.

The young playwright made the views while talking to daily sun correspondent Md. Jahidul Islam.

The conversations with the popular director are as follows:

Himu: By the grace of Almighty, I am very fine.

What are you busy with at the moment?

Himu: I am busy with my some upcoming projects. I will make some new telefilms. The shooting of my new telefilms ‘Sakhina’, ‘Nodir nam Mayabati’, ‘Alta Banur Premchand Ebong Reshmi Churhi’, ‘Madhubala Nitai Dasher Bou Chilo’ and ‘Khwab’ are going on. Besides, I am doing two drama serials titled ‘Shantimolom 10 Taka and High Voltage’. These two serials are comedy genre.

What are the reasons behind a one-year working break?

Himu: Yes, I have started work in media after a one-year gap. I was in America for the last one year. There was a need for the citizenship process. This time, I have returned to Bangladesh with US citizenship. I was not in the country, but was on the TV screen regularly.  My two serials ‘Bideshi Para’ and ‘Champakali Talkies’ were being aired on Ekushey TV and RTV respectively in that time.

What’s you opinion about the growing number of young drama makers?

Himu, who has been directing plays for 11 years, said: I think it is very good sign for the small screen. Many drama makers mean many works.

The news of happiness is that the base of our media is made by some young makers. We need a story maker. If you don’t understand the story, there will never be a good drama, Himu said.

Mosharraf Karim, Afran Nisho, Apurba, Mehjabeen and Tisha are not bigger stars than a good story. The correct castings with good stories match the audience, he observed.

What is your view on a trend of releasing dramas on YouTube?

Himu: Well, some low-quality plays are being released on YouTube nowadays. We see many illicit items in the promotional video of a drama on YouTube. It’s totally unacceptable. There are numerous non-playing plays on YouTube. These plays are not worth watching with family members.

Besides, there are some dramas on YouTube which are distorting the truth and the pronunciation of words. The authorities should censor YouTube materials as many of them are harmful and misleading. They have an adverse impact on our culture.

Storyteller, playwright and director which of the following is easy to understand for you?

Storyteller, dramatists drag the most. Being a director is not very difficult. It is difficult to be a storyteller. The subject is like a nazil I do not know where the word comes from, the character comes in. Firstly I am a story maker. Then a director.

Say something about your directorial life?