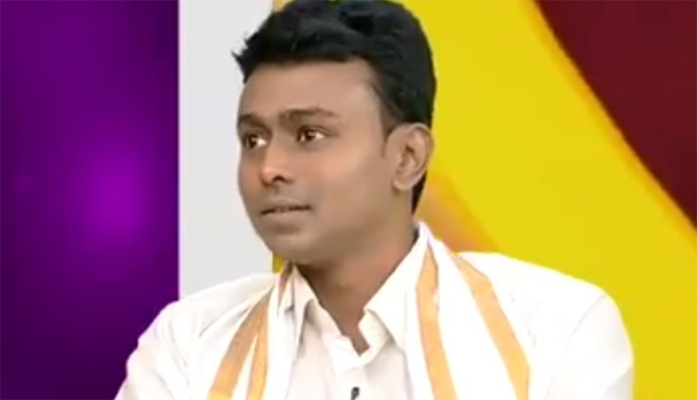 An Indian astrologer’s predictions have been proved right as four semi-finalists—Australia, India, England and New Zealand were qualified and Team India was eliminated by New Zealand in semi-final match of ongoing ICC Cricket World Cup.

Astrologer Balaji Hassan from Indian state Tamil Nadu made such prophesies in January 2019, six month before the start of the tournament.

Now two other predictions—New Zealand will win the World Cup title and Kane Williamson will be Player of the Series—of Balaji in queue to be proved.

Cricket, a game is widely known as the game of ‘glorious uncertainties’. A single shot or even a lone delivery can change the entire course of the match. This is perhaps what makes this sport unique than all the others.

Earlier this year in January 2019, Balaji Hassan, who is a mechanical Engineer had predicted the semi-finalists of the ongoing 2019 ICC Cricket World Cup, and that too in the correct order.

“India would lose the semi-finals versus New Zealand, ” Hassan told in TV show.

Shockingly, that very TV show clip is now doing rounds on social media, Hassan had predicted way before that India would either face England or New Zealand. But, also further went on to say that it would be New Zealand who will emerge victorious if they face India- which turned out to be true on Wednesday.

As per him the stars are in such an unfavourable position that India could not win.

“Our (India’s) stars were placed in such unfavourable position that India could not win. Mercury and Rahu, which dominate the sports arena, favour New Zealand winning the World Cup,” Deccan Chronicle was quoted Haasan as saying.

The astrologer has a great track record on correctly predicting events in other fields like politics as well.

“This is a difficult question. We are just predicting and the rest lies with fate. The 2019 World Cup is taking place in England and the semi-finalists could be India, Australia, New Zealand and England. India and New Zealand or India and England could play against each other. However, someone new will win, like New Zealand”.

“There is a high chance of New Zealand winning the World Cup,” Haasan was quoted as saying. He even predicted Kane Williamson to end up as the Man of the Tournament and the Kiwi skipper is exactly 100 runs away from becoming the leading run-scorer.

Even Bollywood actor R. Madhavan is surprised at the accurate turn of events as predicted by the astrologer. He even took to his social media handles to express his surprise.