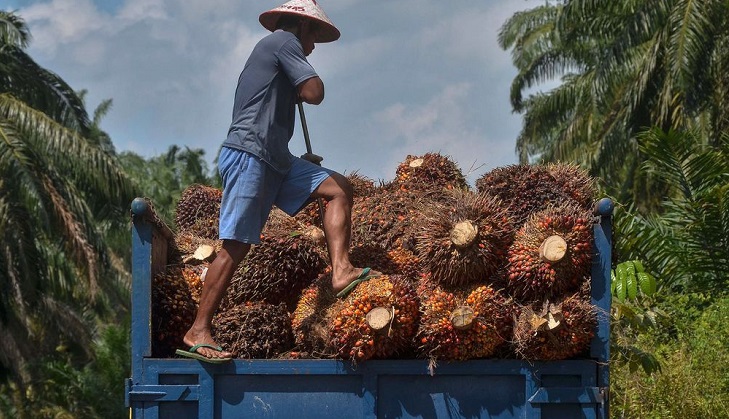 Indonesia's president promised Friday to fight the European Union over plans to restrict the use of palm oil in biofuels.

Brussels wants to limit the materials that can be used in fuel that is counted towards its renewable energy targets.

It has set a 2030 limit for phasing out palm oil, which environmentalists say drives deforestation and climate change.

But the plans have angered big palm oil producing nations like Indonesia and Malaysia, whose economies are dependent on the commodity.

In an interview with Bloomberg News published Friday, Indonesian President Joko Widodo said he was determined to get the EU to change its rules.

"For me, if there is discrimination like that, I will fight because of the 16 million farmers and workers in this business," he said. "Palm oil is a strategic commodity for Indonesia."

Palm oil and its associated industries contribute roughly four percent to Indonesia's GDP and provide a livelihood for six percent of the population.

Jakarta last year earned $17.8 billion from exports of the oil, which is used in a wide range of products from food to cosmetics.

Palm oil company shares have dropped nine percent this year because of worries over the restrictions.

Both Indonesia and Malaysia -- who together produce about 85 percent of the world's palm oil -- have previously warned they will retaliate.

The president -- known locally as Jokowi -- insisted that after his landslide election win in April he had the mandate to take bold actions to bolster Indonesia's economy.

"I know better the problems," he said. "Because this is my last term, so I have no burden. I have nothing to lose."