China to impose sanctions on US firms in Taiwan arms sale 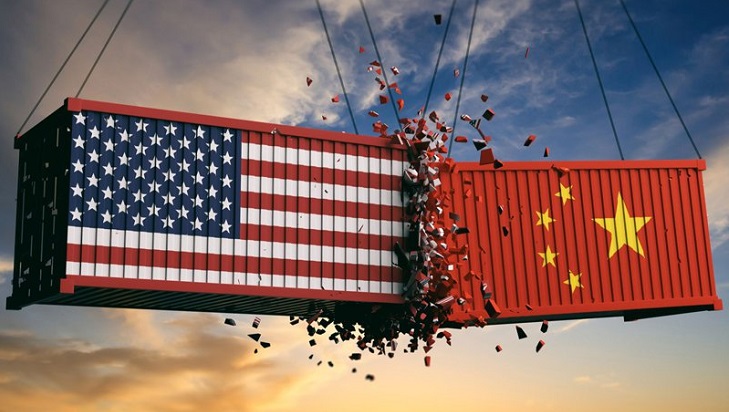 China on Friday said it would impose sanctions on US companies involved in a potential arms sale worth $2.2 billion to self-ruled Taiwan -- a move that has infuriated Beijing.

"The US arms sale to Taiwan has severely violated the basic norms of international law and international relations," said Chinese foreign ministry spokesman Geng Shuang in an online statement.

"In order to safeguard national interests, China will impose sanctions on US enterprises participating in this sale of weapons to Taiwan," he said.

The planned weapons sale, the first transfer of big-ticket United States military gear to democratically-governed Taiwan in decades, comes as ties between Washington and Beijing are already strained by their trade war.

China views Taiwan as part of its territory and has vowed to one day seize it, by force if necessary.

It bristles at any countries that might lend Taiwan diplomatic support or legitimacy.

China on Tuesday had also demanded that the US "immediately cancel" the $2.2 billion potential arms sale.

The US later shrugged off China's complaints, responding that the equipment would contribute to "peace and stability" in Asia.

With the US currently engaged in a trade war with China, relations between Taipei and Washington have warmed considerably.

Unlike the last three American presidents, who were wary of angering Beijing, Donald Trump has ramped up relations with Taiwan.

And although Washington switched diplomatic recognition from Taipei to Beijing in 1979, it has remained Taiwan's most powerful unofficial ally and biggest arms supplier.

Chinese Foreign Minister Wang Yi on Friday warned Washington "not to play with fire with the Taiwan question" during a visit to Hungary.

Taiwanese President Tsai Ing-wen is spending two days in the US this week ahead of a trip to visit diplomatic allies in the Caribbean.

The decision to let Tsai pass through the US has drawn ire from Beijing, which voiced "firm" opposition to official exchanges between Washington and Taipei.

Separately, foreign ministry spokesman Geng told a press briefing Friday that the US should not provide a platform for "Taiwan independence separatist forces".

"We urge the US... to not let Tsai Ing-wen pass through its territory," said Geng.

After her US trip, Tsai will visit Haiti, St Vincent and the Grenadines, St Lucia, and St Christopher and Nevis, in an attempt to shore up support for Taiwan.

China has poached five of Taipei's dwindling number of allies since Tsai became president in 2016.