Video of bride-groom setting for marriage by drift goes viral 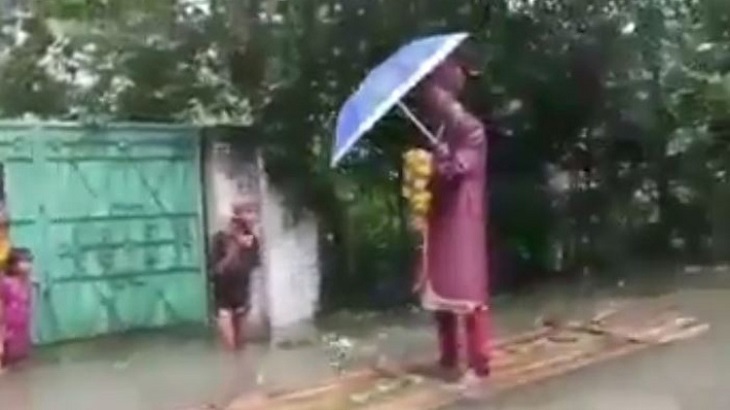 The road was submerged with waist-deep water. But the marriage should not be stopped. Drift made by bamboo has been emerged to be the means of only transportation. The bride-groom set for the bride’s house by drift.

A video of such an idiosyncratic event has become viral on social media platform Facebook.

In the video, it was seen that the bride-groom was standing with an umbrella over his head on the drift. A man was pulling the drift across the submerged road. Curious people beside the road were witnessing the incident.

However, from which area the video was filmed could not be known immediately.