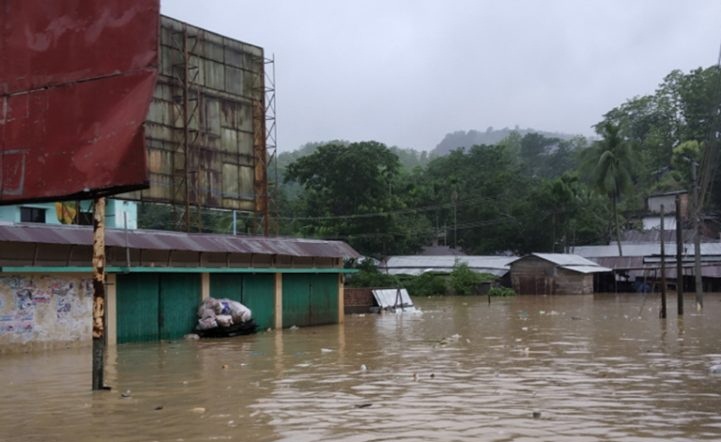 Road communication of Bandarban district with the rest of the country has remain snapped for four consecutive days due to heavy rainfall and landslides.

Several spots of Bandarban-Rangamati road eroded due to onrush and river water by heavy rainfall for last one week.

But the flood situation on Friday slightly improved, sources said.

Apart from the district headquarters, low-lying areas of Lama and Alikadam upazilas have also been submerged.

Many families have taken shelter in flood shelter centres.