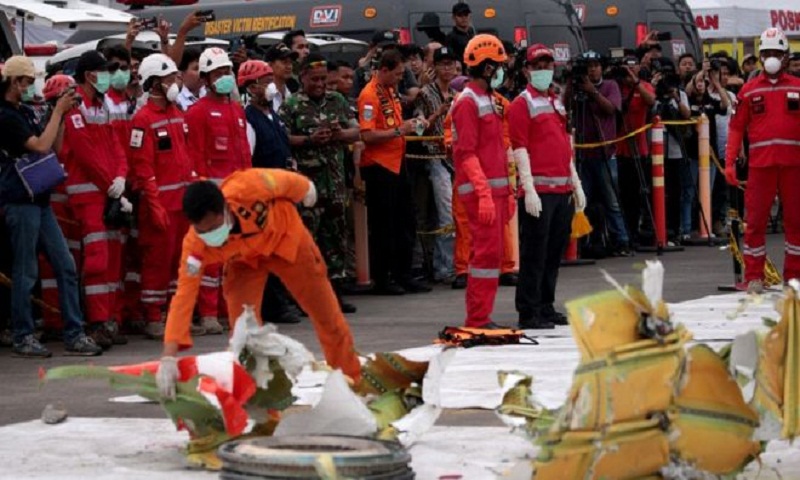 Relatives of people killed in the Boeing 737 Max crash in Indonesia last year have been cheated out of compensation, their lawyers say.

Lawyers told the BBC that many families were persuaded to sign forms preventing them from taking legal action.

BBC Panorama has discovered that other relatives signed similar agreements after two other crashes, stopping them from suing Boeing in the US courts.

All 189 passengers and crew died when the Boeing 737 Max crashed into the sea just 13 minutes after taking off from the Indonesian capital, Jakarta, on 29 October 2018.

Within weeks, relatives were offered compensation by insurance lawyers.

To access the money, families had to sign agreements that would prevent them from taking legal action against Boeing or the airline, Lion Air.

Merdian Agustin's husband, Eka, was killed in the crash. She says the insurance lawyers tried to pressure her into signing away her rights.

The payouts are controversial because under Indonesian law the families are automatically entitled to £71,000 compensation.

Sanjiv Singh, an American lawyer representing some of the families, told the BBC relatives had been pressured into signing away their legal rights.

"The families who signed the release and discharge [documents] have been cheated out of compensation, they've been preyed upon by insurance companies and by the counsel for those insurance companies, and ultimately, to the benefit of Boeing" he said.

He added that families were potentially entitled to millions of dollars in compensation.

This is not the first time that Boeing has benefited from controversial release and discharge documents.