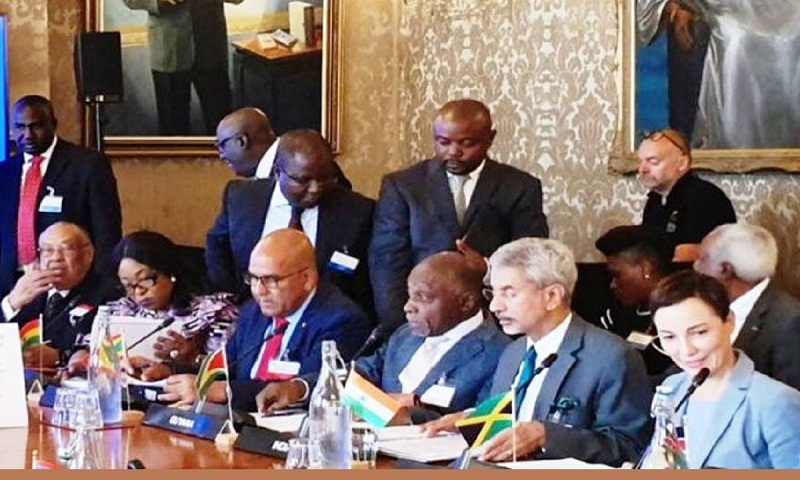 India has called upon for fast-tracking the process of readmission of the Maldives to the Commonwealth. This was conveyed by External Affairs Minister S Jaishankar at the 19th Commonwealth Foreign Affairs Ministers’ Meeting (CFAMM) in London on Wednesday.

“The External Affairs Minister, in his remarks, congratulated the member countries on the 70th anniversary of Commonwealth. He also noted that India is well on the path of fulfilling all the commitments made by Prime Minister Narendra Modi at CHOGM 2018. The EAM called for fast-tracking of the process of re-admission of Maldives to the Commonwealth,” the External Affairs Ministry said in a statement.

New Delhi’s support for the Indian Ocean archipelago came weeks after Prime Minister Narendra Modi visited Male on his first overseas trip after being re-elected. The Maldives withdrew from the Commonwealth during the tenure of previous President Abdullah Yameen in 2016 after the Commonwealth expressed serious concern over the deteriorating human rights situation in the country.

The new government of President Ibrahim Mohamed Solih was elected after a democratic wave that fought the rule of President Yameen.

Jaishankar interacted with his counterparts from Australia, Canada, Bangladesh and the host country’s Foreign Secretary Jeremy Hunt. He thanked the British government for supporting Modi’s initiative to build a global Coalition of Disaster Resilient Infrastructure. However, there was no meeting between Jaishankar and Pakistan Foreign Minister Shah Mehmood Qureshi, who too attended the Commonwealth meeting.

The meeting held discussions on CHOGM 2020 to be held in Kigali (Rwanda) in June next year. ”The participation of India at the ministerial level is a reaffirmation of the importance India attaches to the Commonwealth,” the MEA said.