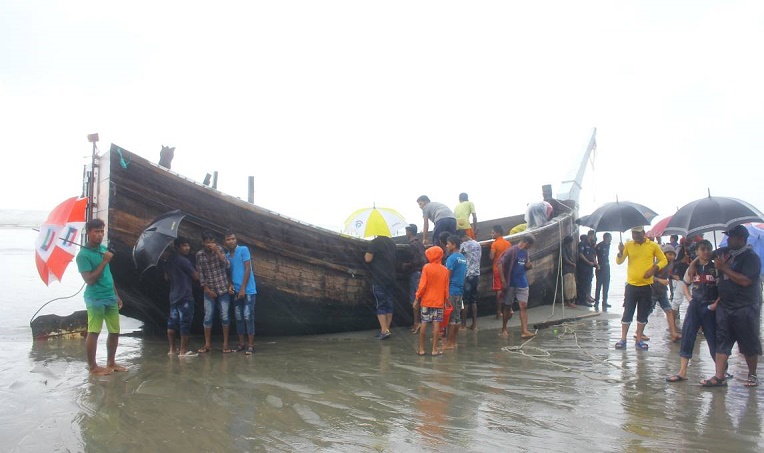 The bodies of three more fishermen, who were aboard a storm-tossed fishing vessel in the Bay of Bengal, have washed up on the shore of Cox's Bazar raising the death toll to nine.

Earlier, on Wednesday, bodies of six fishermen were found near the Seagull Point.

Seven of the deceases were identified as Shasuddin Patwary, 45, from Rasulpur, Char Fasson in Bhola, Mohammed Babul, 32 and Kamal Hossain, 35 from East Madras, Mohammed Masud, 45, Wazi Ullah alias Monir, 38, and Wali Ullah, 50, from North Madras and Jahangir Bali, 40 from Shashibishon in Rasulpur.

The bodies are being kept at the Cox’s Bazar Central Hospital's morgue, said OC Farid.