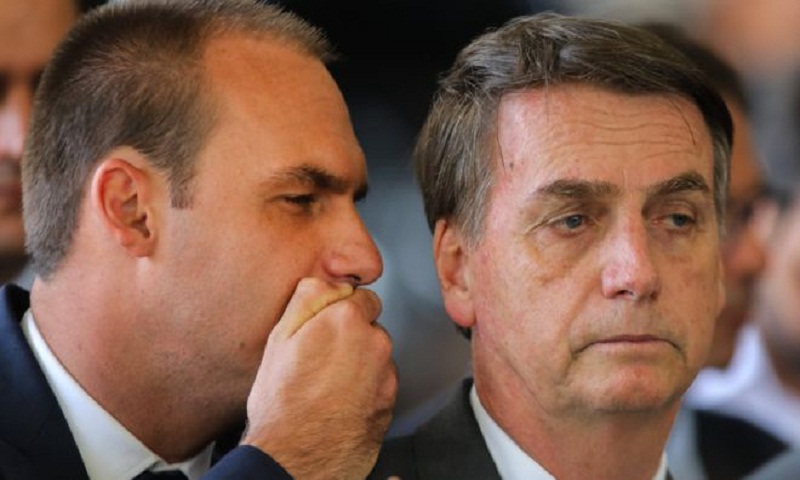 Jair Bolsonaro, the far-right president of Brazil, has invited his son to become ambassador to the US.

Eduardo Bolsonaro, 35, who is currently serving as a congressman and advises his father on foreign affairs, told reporters he would accept the post if it were offered.

The position of ambassador has been vacant since April.

Mr Bolsonaro was elected last year after a successful campaign he said had been inspired by Donald Trump.

Eduardo would have to resign as a congressman if he did take up the position of ambassador.

The appointment hinges on his son accepting the position, the president said