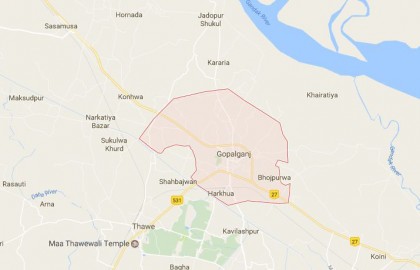 Two motorcyclists were killed in a head-on collision between a microbus and a motorcycle at Capta area on Dhaka-Khulna highway of Kashiani upazila in Gopalganj on Friday.

The deceased were identified as Saddam Hossain, 30, and Monir Mia, residents of Shalnagar village in Lohagara upazila in Narail district.

Md Azizur Rahman, officer-in-charge (OC) of Kashiani Police Station said the accident took place at around 11:00 am when the Gopalganj bound speedy microbus hit the motorcycle while Saddam and Monir were going to Lohagara riding on it, leaving them critically injured.

Later, locals rescued them and taken to Kashiani Upazila Health Complex where duty doctor declared them dead, the OC said.

Later, the bodies were handed over to deceased’s families, he added.