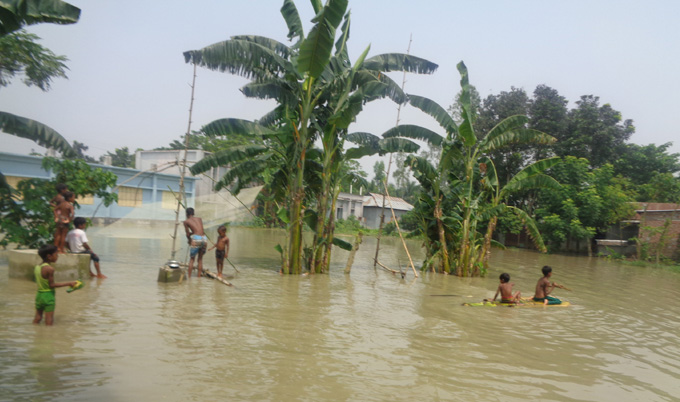 The flood situation in ten districts would further deteriorate as the water of different rivers of the country are flowing over the danger level due to incessant rainfall for the last few days and onrush of hill water.

State Minister for Disaster Management and Relief Dr Md Enamur Rahman came up with the comment while briefing the reporters about pre-flood preparation at his ministry in the Secretariat on Friday Morning.

The minister said that 628 points have been identified as 'risky', of those, 26 points marked as 'very risky'. However, the government is working relentlessly to reduce risk from 521 points.

Dr Enamur said that the incidents of river erosion have occurred in Manikganj and Jamalpur.

Moreover, the Teesta river is flowing near the danger level, posing a threat to houses and lands of hundreds of people in Lalmonirhat.

The ministry has so far sent 500 matric tons of food for every flood-affected district, the minister said adding that more than 2,000 packets of quality dried food have also been sent to every district.

The authorities of ten districts have been asked to stay on high alert as there is a possibility those could be freshly affected by floods, he added.