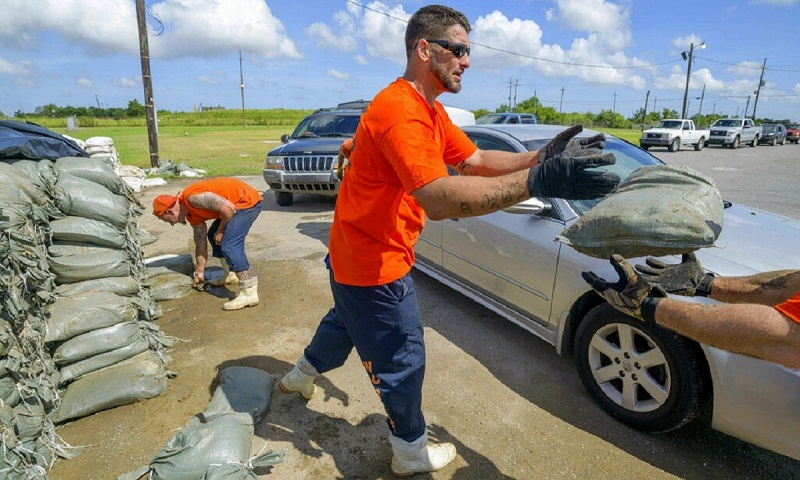 Tropical Storm Barry formed off the coast of Louisiana in the United States on Thursday and threatened to blow ashore as a hurricane with relatively weak winds but torrential rains that could test the flood-control improvements made in New Orleans since Hurricane Katrina 14 years ago.

Forecasters said the first hurricane of the Atlantic season could hit the state's swampy southern tip Friday night or early Saturday, with potentially ruinous downpours that could go on for hours as the storm passes through the metropolitan area of nearly 1.3 million people and pushes inland.

Plaquemines Parish, at Louisiana's low-lying southeastern tip, ordered the mandatory evacuation of as many as 10,000 people, and communities began handing out sandbags. Louisiana Gov. John Bel Edwards declared an emergency and said National Guard troops and high-water vehicles will be positioned all over the state.

On Wednesday, with the gathering storm still out over the Gulf of Mexico, it dumped as much as 8 inches (20 centimeters) on metro New Orleans in just three hours. The deluge triggered flash flooding in the city's streets and raised fears about the even heavier rains on the way.

The storm's surge also could prevent water from emptying out of the already-swollen Mississippi River, possibly sending water over levees near New Orleans, forecasters said. The river has been running high for months.

Barry could have winds of about 75 mph (120 kph), just over the 74 mph threshold for a hurricane, when it comes ashore, making it a Category 1 storm, forecasters said