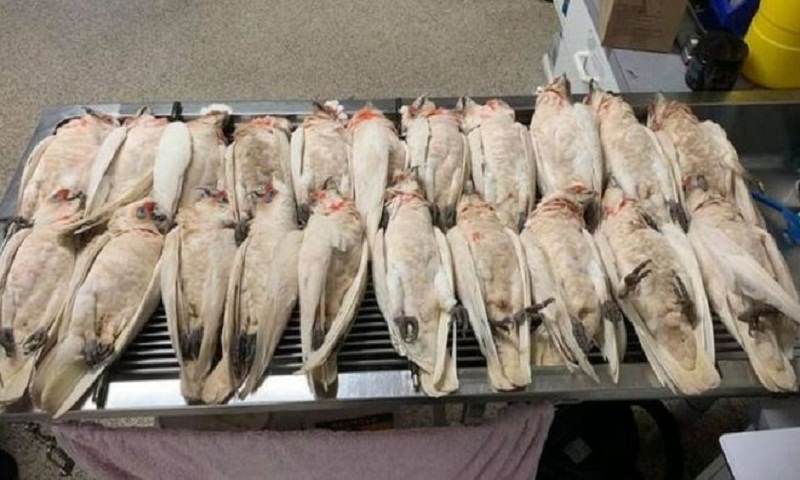 More than 60 birds have died after "falling from the sky" in a suspected case of poisoning in South Australia, rescuers say.

The animals - two species of corella - were discovered near a sports ground in Adelaide on Tuesday and Wednesday.

At least 57 of the birds were long-billed corellas, which is a protected species.

The deaths are being investigated by government departments.

Some of the birds were found in distress and taken to two veterinarians, but they were unable to be saved.