‘Priyanka Chopra the only desi girl and no one can take her place,’ says Parineeti Chopra 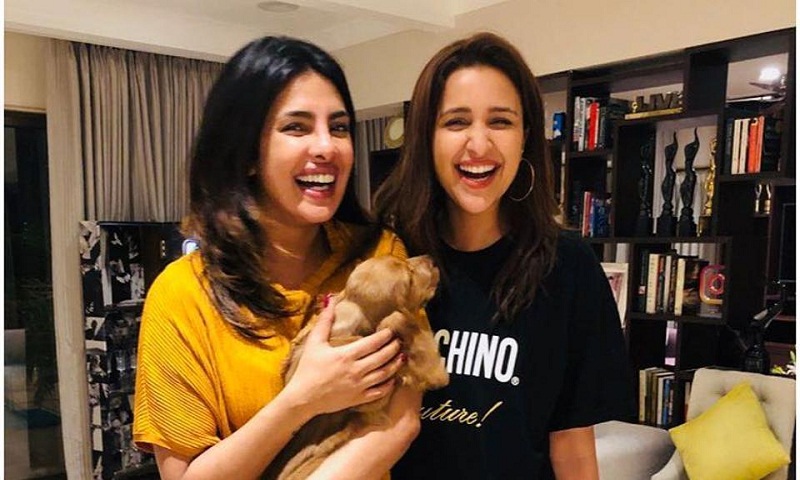 Actor Parineeti Chopra says she would never try to compete for the title of ‘desi girl’ in Bollywood as it belongs to her cousin Priyanka Chopra. Priyanka has been called ‘desi girl’ ever since she featured in the chartbuster song of the same name in Dostana.

At the song launch of her next Jabariya Jodi, set in Bihar, co-starring Sidharth Malhotra, Parineeti was praised for her “desi avtar.” When asked if she is on her way to become the next desi girl, Parineeti told reporters, “What can I say? I think there can be only one desi girl in this world, in the industry. I wouldn’t even try to compete (with Priyanka).

“But we both (Sidharth and I) are very desi in this film. That’s all I would like to say because there is only one desi girl and nobody can take her place.” The actor was asked if she has any plans to collaborate with Priyanka in the future, Parineeti said “definitely” if there is a correct script.

“I had recently also said that if any producers or directors are making an action film we would love to work together on it. We both have spoken a lot about working together, but the script should be correct,” she added. With story and screenplay by Sanjeev Jha and dialogues by Raaj Shaandilyaa, Jabariya Jodi is scheduled to be released on August 2.