School teacher crushed to death by train in Pabna 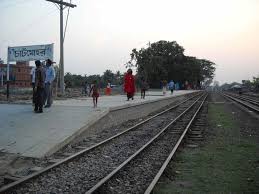 A school teacher was crushed under the wheels of a train near Paksey station of Ishwardi-Khulna rail line in Pabna on Friday morning.

He was the founding Principal of Pakshi’s Baghail Child Care Kindergarten and General Secretary of Ishwardi Kindergarten Association.

The body was recovered from near Paksey railway station at around 8:00 am.

An unnatural death case has been registered with Ishwardi Railway Police Station, he said.