Man attacked by troop of monkeys in India's Vrindavan 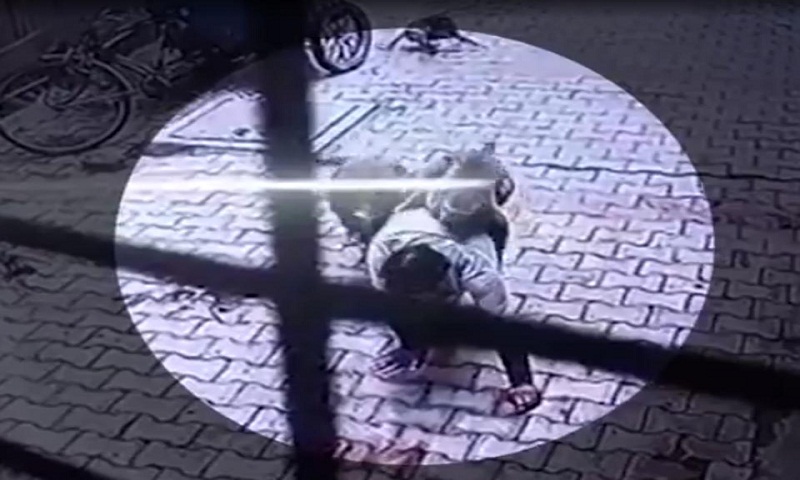 A man from Uttar Pradesh had a lucky escape after he was suddenly attacked by a group of monkeys. The scary moment was caught on camera and later shared online.

The video shows the man walking towards a house when suddenly, the monkeys pounce on him. What’s scary is that the man didn’t seem to have provoked the animals and still gets attacked by the entire troop.

Identified as Nikunj Goyal, the man runs a local shop. The incident took place when he was returning home from work.

In the video, Goyal parks his scooter and goes inside a lane but soon he steps out. Suddenly, four to five monkeys surround him and attack him.

Unable to control his balance, Goyal slips and falls down on the ground. After momentary struggle, Goyal finally manages to get back on his feet and pushes away the monkeys to make a swift escape from the situation.

Almost at the same time, a neighbour comes out - armed with a broom - probably to drive away the monkeys.

Later, Goyal informed that the monkeys often create such nuisance in the area but the local authorties turn a blind eye to the problem.