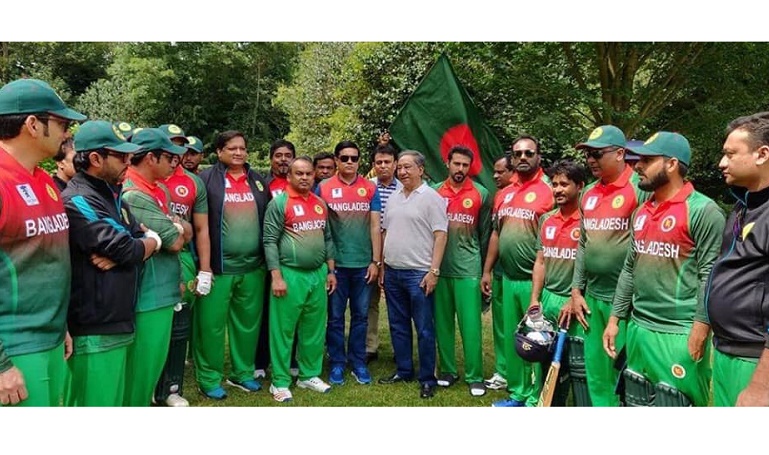 Winning the toss, Bangladesh MPs scored an imposing total of 129 in the stipulated 15 overs. In response, All Stars were able to collect only 109 runs.

The lawmakers from Bangladesh, Afghanistan, Australia, Pakistan, India, England, New Zealand and South Africa are taking part in the event.

Eight teams, divided in two groups, are playing in the event.

Top two teams from each group will play in the semifinals on July 12.

The IPCWC 2019 has been organized to spread the delight of world cup for the first time. The event kicked off on Wednesday.