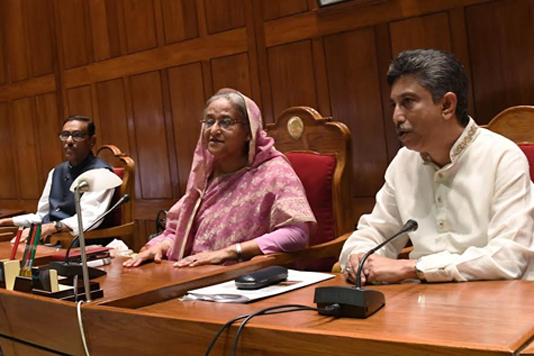 “We’re considering taking actions against those who worked against the party candidates in the local government body polls. The issue will be discussed tomorrow’s Central Working Committee meeting,” a number of AL lawmakers quoted the prime minister as saying after a meeting of the AL Parliamentary Party (ALPP) on Thursday night.

Sheikh Hasina presided over the meeting held at the treasury bench room of the Jatiya Sangsad Bhaban.

The prime minister asked the AL leaders and MPs to strengthen the party and put it on a solid foundation.

The AL president also directed the lawmakers to properly perform their own responsibilities.

The Leader of the House directed the authorities concerned to remove irregularities fast in allocating NAM flats for the MPs.