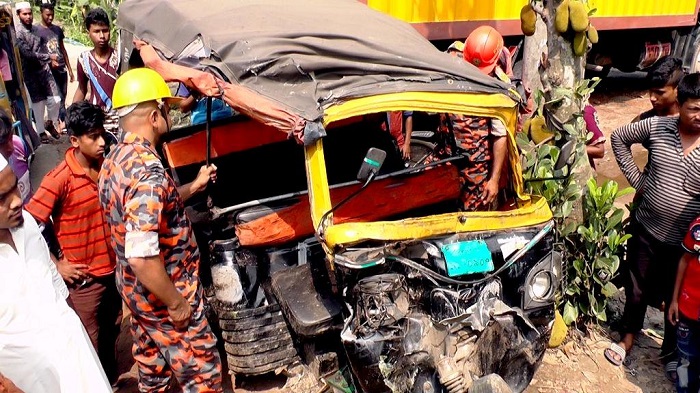 Two people were killed in a head-on collision between a three-wheeler and a pickup van at Shahid point in Arongghata of Khulna district.

The deceased were identified as Ariful and Insan, both were residents of Kuldiya Bomrogari under Dighalia upazila of the district.