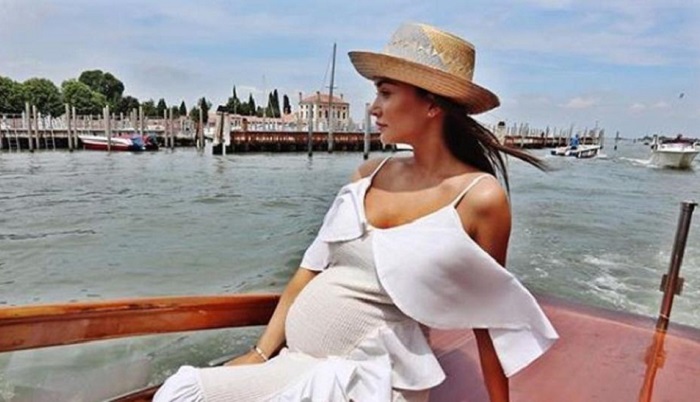 Actor Amy Jackson has been sharing pictures and videos all through her pregnancy and with her latest, she continues to surprise her fans. Her latest picture, while showing her bump, also has a funny twist to it.

Amy says that her baby has travelled more in its nine months than the actor did in her first nine years of existence. She wrote: “This little one has been to more places in the last 9 months than I’d been in my first 9 years.”

She also called her still-to-be-born baby “Baby World Traveller”. In the picture, Amy is seated in the deck of a boat, in a strappy white dress and a hat. She is looking away from the camera. In the distance, we see some structures, perhaps an anchorage for small tourist boats.

Just three days back, she had shared a picture from Italy. In the picture, Amy is sitting on a huge bed, stroking her baby bump. Sharing it, she wrote: “We woke up in Italy! PASTA FOR BREKKY!!!” Two days back, she shared a picture of what looks like the front part of gondola and wrote: “My heart.” From the look of it, it appears to be Venice. 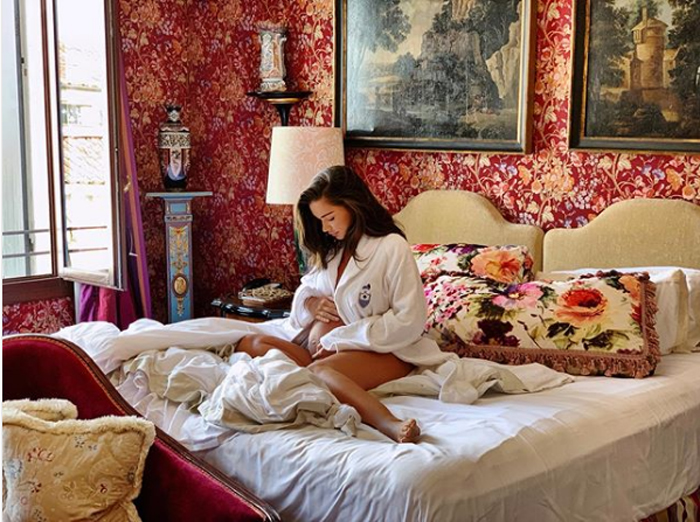 Amy is expecting her first child with fiance and businessman George Panayiotou. She made her acting debut with the 2010 Tamil movie Madrasapattinam and has featured in several Telugu, Hindi and Kannada films apart from Tamil films.

Her last big release was the Rajinikanth-starrer 2.0 in 2018, which released in Tamil, Hindi and Telugu versions. Her other notable Bollywood films include Ekk Deewana Tha, Singh Is Bliing and Freaky Ali.