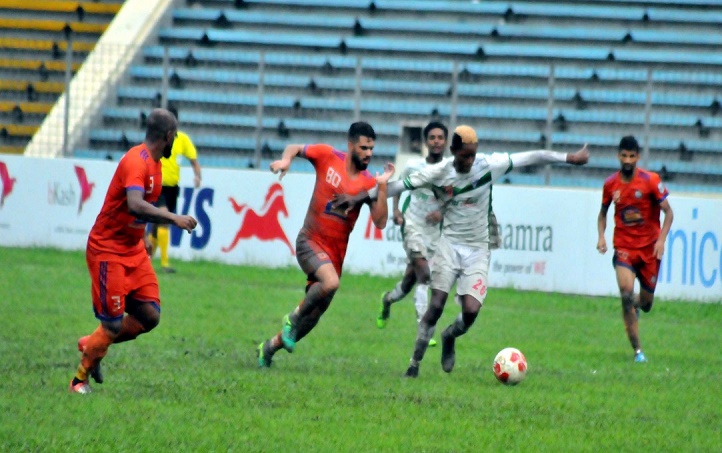 This was a sweet revenge for Dhaka Abahani Ltd of the 0-2 goals defeat against Sheikh Russel KC in the first-leg match at the Sylhet Stadium on February 22.

After a barren first half in the day’s match, Jiban netted match-winner in the 59th minute for the popular sky-blue Dhanmondi outfit Abahani scoring his 12th goal in the ongoing BPL Football.

Striker Jiban fired the net with a close range shot inside from the box, utilizing a pass from defender Rayhan Hasan (1-0).

With the day’s win, Dhaka Abahnai have secured 51 points from 20 matches, one point behind the leader Bashundhara Kings while Sheikh Russel KC remained at the 3rd slot with their previous credit of 39 points from 19 matches.