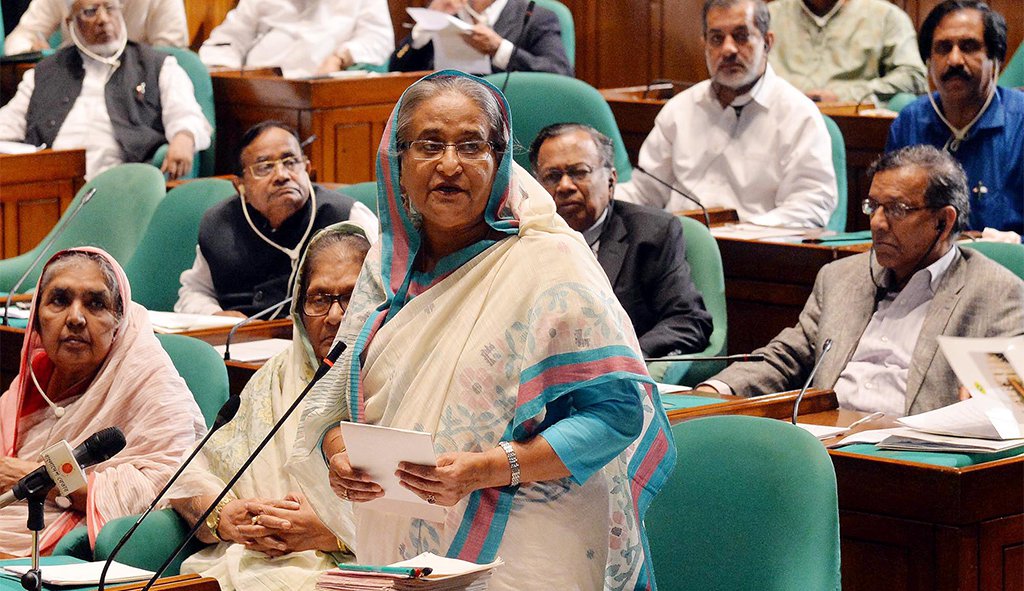 Noting that gas price in Bangladesh is much less than what in other countries of the world, Prime Minister Sheikh Hasina on Thursday said those who are demonstrating protesting the gas-price hike do not consider the real situation.

“Those who’re waging movement don’t think about the real situation or they don’t see our development. This is unfortunate,” she said while delivering her valedictory speech in the 3rd session (Budget Session) of 11th Parliament.

The Prime Minister said some 75 percent hike in gas price was needed, but the government increased it by only 32.8 percent. The total cost for importing per cubic feet LNG is Tk 61.12, but it is being sold at Tk 9.80/cf  by providing huge subsidy, she added.

“Though gas price was hiked to some extent due to LNG import, it’s much less than what in other countries of the world,” she said.

Refuting the claim of Deputy Opposition Leader Raushon Ershad that gas price has been brought down in India, the Leader of the House placed statistics comparing the gas prices between Bangladesh and India.

The Prime Minister said the gas price for household purpose is Tk 12.60/ cubic feet in Bangladesh whereas it is Rs 30-37/cf in India.