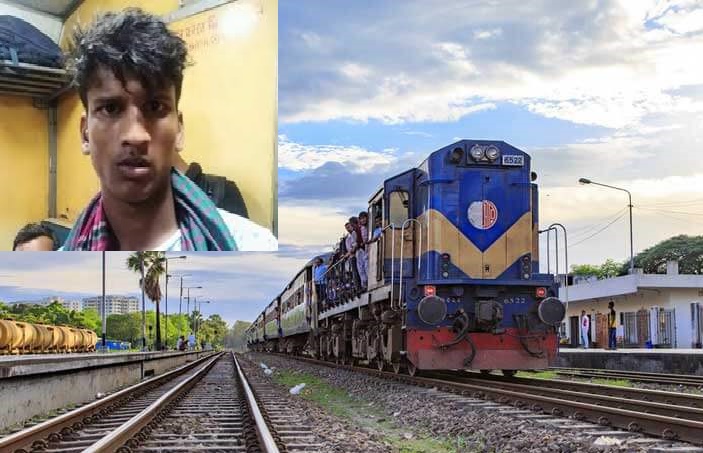 Police arrested a young man from Airport area in the capital for violating a minor girl in a running train on Thursday.

The rapist was identified as Samrat, 19.

Railway police station assistant sub-inspector (ASI) Md Ali Akbar said the 9-year girl, hailing from Maniknagar area of city, went to Kamalapur Railway Station on Wednesday afternoon. At one stage, a youth named Samrat took the girl to the train toilet after alluring her of giving chocolates and violated the girl.

Hearing scream of the victim, passengers of the train caught Samrat red-handed. Later, he was handed over to Airport police, the ASI said.

The victim was living with her mother, a garments worker, at Maniknagar area of the capital.

Ivy Akter, mother of the victim, filed a case with Railway police station on Thursday noon in this connection.

Meanwhile, forensic test of the victim was conducted at Dhaka Medical College today.