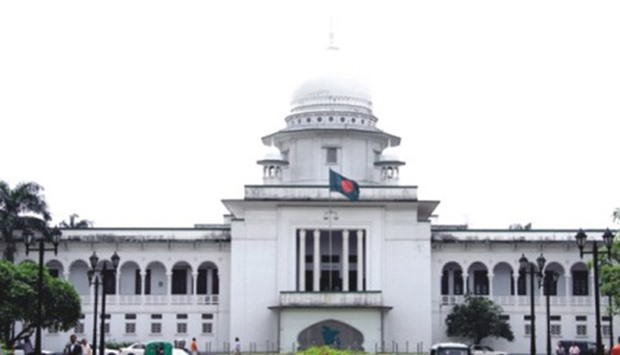 The Appellate Division on Thursday concluded hearing on an appeal seeking review on ‘life term means until death’ and kept it in CAV (curia advisari vult, which means reserving the verdict for a later time).

Besides, senior lawyer Rokanuddin Mahmud, AF Hassan Arif, Abdur Razzak Khan, and AM Amin Uddin expressed their opinion regarding the matter as they were appointed as Amirus Curiae (legal opinion provider in court) over the matter.

On February 14, 2017, the Appellate Division commuted their death sentence to life term imprisonment when the convicts challenged the High Court verdict.

Later, Amirus Curiae was appointed to hear the opinion of senior advocates over the matter when review appeal was filed by the convicts.

Normally as per the Bangladeshi law convicted offenders of life term imprisonment has to serve in jail for 30 years.