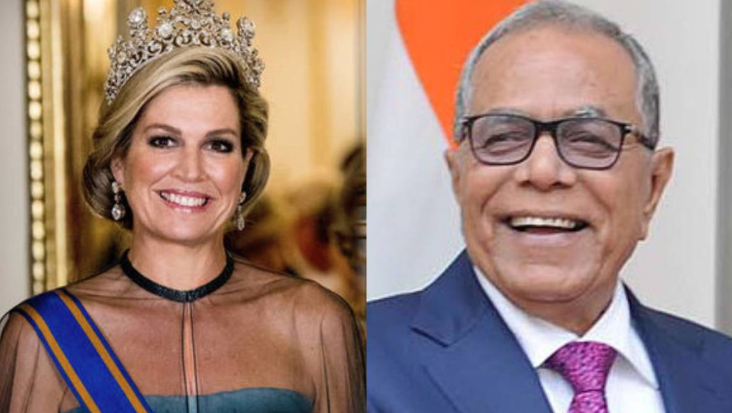 Hamid greeted the Queen with flowers when she arrived.

“During the meeting, the President mentioned that Bangladesh has an excellent relationship with the Netherlands,” Abedin said.

He mentioned Delta Plan-2100 and hoped that the Dutch government would cooperate in implementing this plan.

The President told the Dutch Queen that Bangladesh is interested in utilising the experience of the Netherlands in river management.

The Rohingya issue also came up during the meeting. President Hamid said it is a big problem for Bangladesh and sought cooperation of the international community, including the Netherlands, for repatriation of the forcibly displaced Rohingyas.

During the meeting, the Queen praised Bangladesh’s initiative to end child marriage and the use of information technology, Press Secretary Abedin said.