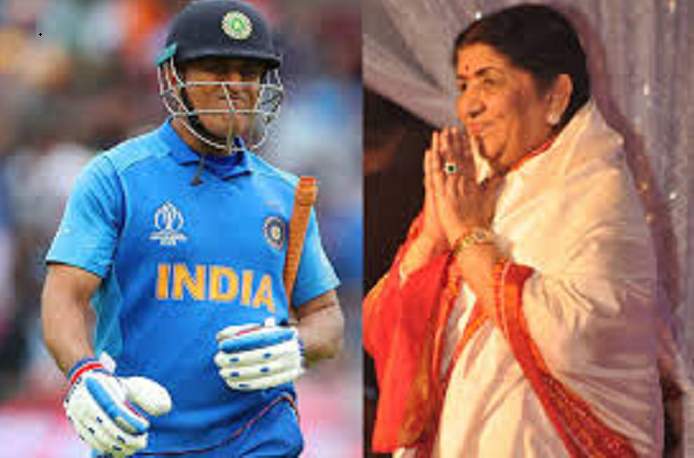 Bharat Ratna recipient and singing maestro Lata Mangeshkar has asked former Indian skipper MS Dhoni not to retire from international cricket. After India’s semi-final loss to New Zealand in ICC World Cup 2019 during which Dhoni played an incredible knock, many believed that it was his last international innings. However, Mangeshkar requested the former Indian captain not to hang his boots as the country still needs him, reports The Indian Express.

Speculations about Dhoni’s retirement have been going around for quite some time. It was also believed that the 2019 World Cup would be his last international tournament.

When asked about Dhoni’s possible retirement, Indian Skipper Virat Kohli told the reporters “MS Dhoni has not told us anything about retirement”. Dhoni scored 50 off 72 during India’s 18-run loss to New Zealand in the semi-final match.

Chasing a total of 240 on a sluggish track, India faltered badly and were reduced to 92/6 when Ravindra Jadeja and Dhoni launched India’s fight back. The duo shared 116-run stand for the seventh wicket which had reduced the equation to 25 required from 10 balls in the end. But Martin Guptill’s Direct hit proved to be a fatal blow for Dhoni and the men in blue.