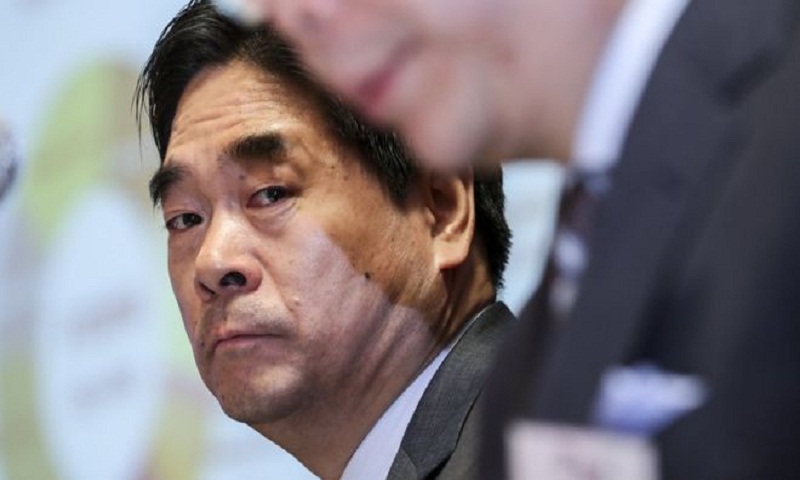 In a statement on its official Weibo account on Wednesday, Shanghai police confirmed two people, surnamed Wang and Zhou, had been arrested on charges of child molestation.

Pictures of Mr Wang behind bars have been shown on state broadcaster CCTV.

Future Land Development Holdings removed Mr Wang, 57, as chairman last week when he was first detained. It confirmed Mr Wang's arrest late on Wednesday without giving details of the charges.

There has been no direct statement from Mr Wang.

The Global Times newspaper reported last week, citing police, that his initial arrest was linked to allegations of child molestation.

It came after a woman filed a report to police alleging Mr Wang had abused her daughter in a hotel in Shanghai, local police said.

The case has sparked outrage in China.

Mr Wang is still the controlling shareholder of Future Land. He is also chairman of the board of real estate developer Seazen.

"According to the notification from Shanghai Putuo District Procuratorate and the public security authorities, the arrest of Mr Wang Zhenhua ... was approved on July 10, 2019 for an alleged crime. The case is being further processed," Future Land said in a statement to the Hong Kong Stock Exchange.

It said Mr Wang does not hold a position with the company and its operations were unaffected.

His detention last week prompted shares in Future Land Development Holdings to plunge to their lowest levels since February.