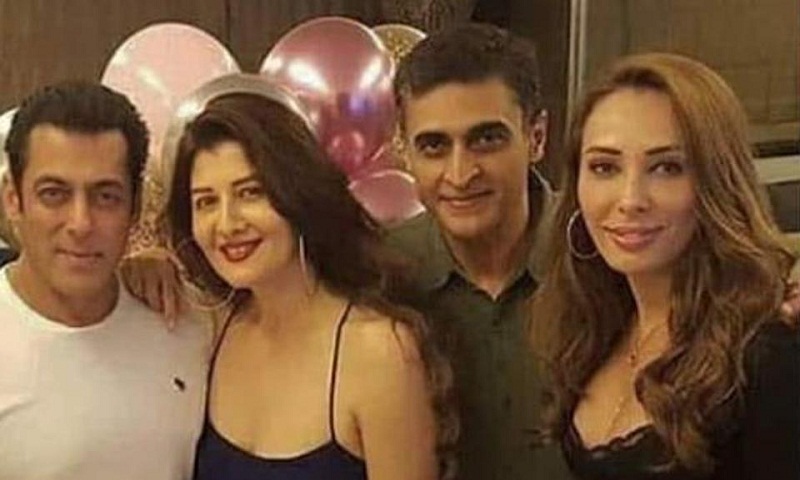 As Sangeeta Bijlani turned a year older on July 9, former boyfriend Salman Khan threw a birthday party at his Bandra residence. Now, pictures from the bash have surfaced online.

This is not the first time that Sangeeta and Salman are seen displaying a cordial relation despite a break up. When Sangeeta was said to be going through a rough phase in her marriage with cricketer Mohd Azharuddin, she was often spotted spending time with Salman’s family.

According to reports, long back, Salman and Sangeeta had also decided on a date for the wedding — May 27, 1994. In a 1993 interview, Salman had said, “Yes, I plan to marry. When the time comes I will. It could be to Sangeeta (Bijlani) or to anybody else.” Even the wedding invites had reportedly been printed but Sangeeta called off the wedding after she allegedly found out that Salman was cheating on her with Somy Ali.

Salman on a high as his latest offering – Bharat — has worked wonders at the box office. He will soon begin work on Sanjay Leela Bhansali’s Inshallah. Alia Bhatt will be paired opposite Salman in the film. This will be the first time they will work together. He is also working on brother Arbaaz Khan’s Dabangg 3 which is being directed by Prabhudheva and stars Sonakshi Sinha, Kannada actor Sudeep and Nikitin Dheer, apart from Arbaaz, Dimple Kapadia and Pramod Khanna, late actor Vinod Khanna’s brother.