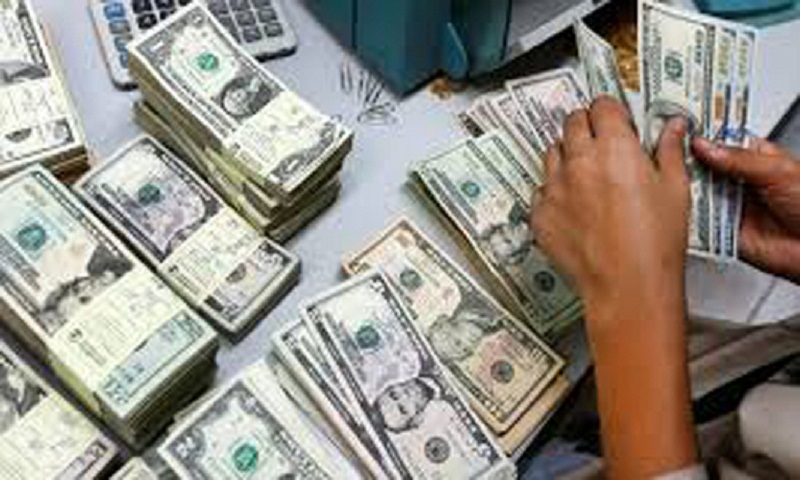 Asian markets rallied Thursday and the dollar suffered further across-the-board losses after the head of the Federal Reserve all but guaranteed an interest rate cut this month.

The comments sparked much-needed relief on trading floors around the world, having suffered steep losses at the start of the week in reaction to a blockbuster US jobs report that dented hopes for a steep Fed cut at its next policy meeting.

US equities surged, with the Nasdaq ending at a record high and the greenback going into retreat, and the trend continued into Asia.

“One of the principal drivers of soaring stock market valuation is the thought that easy monetary policy will bolster the US economy, which isn’t struggling, and spur on an even more scintillating stock market rally for the remainder of 2019,” said Stephen Innes at Vanguard Markets.

While the direction of rates is expected to be downward this year, there are conflicting opinions on how deep July’s cut will be and how many more there will be this year.

OANDA senior market analyst Alfonso Esparza said: “A July rate cut is fully priced in but a stronger-than-forecast (jobs) report in June put a question mark on how many more cuts the Fed needs to make.

“The trade war with China is a major factor and if there is an agreement in the short term the central bank could leave it at one and done for the year.”

Traders are now looking forward to Powell’s second day on Capitol Hill as well as the release of inflation data, with observers saying a weak reading could revive hopes for a big July reduction.

The dollar continued to struggle, with the pound, euro and yen all building on Wednesday’s gains, while high-yielding, riskier units were also well up with South Korea’s won 0.8 percent higher, South Africa’s ran 1.6 percent up and the Australian dollar jumping 0.7 percent.

Oil prices edged up to extend the previous day’s surge that came on the back of data showing a bigger-than-expected plunge in US oil inventories as well as a brewing storm in the Gulf of Mexico that could hit production.

WTI jumped 4.5 percent, while Brent surged more than five percent Wednesday, while a CNN report that the armed Iranian boats tried to seize a British tanker in the Strait of Hormuz reinforced geopolitical concerns.

The weak dollar also sent the price of gold rallying two percent to sit around $1,420.