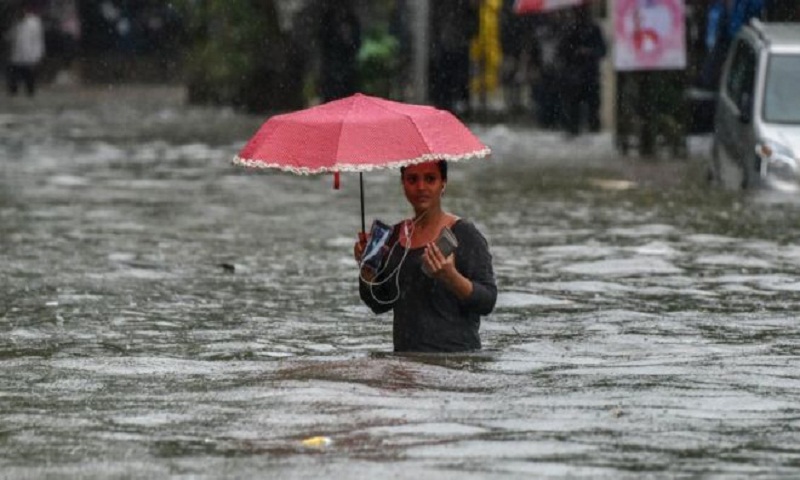 With unusually severe rainfall in India's financial capital Mumbai over the past few weeks, and severe drought conditions elsewhere in the country, questions are being raised about whether these extreme events are becoming more common.

Reality Check has had a look at the available data for floods and drought over time to see if any patterns are emerging.

India relies on the heavy rains of the annual monsoon season for most of its water needs.

The rains arrive in different parts of the country at different times and, if they are early or late, with devastating consequences for farmers. If they are unusually heavy, built-up areas can face severe disruption.

In recent days, Mumbai has been particularly badly affected, with at least 30 flood-related deaths, and the city's top civic official says its infrastructure has not been able to cope with the erratic rainfall patterns.

But is there a longer-term pattern?

Looking at the annual data from the 36 weather stations that monitor monsoon rainfall across the country, no clear pattern emerges.

Yes, the rainfall levels are unpredictable and erratic, but figures since 2002 show no indication of an increase in the extremes of monsoon rainfall.

While there was an increase, this does not indicate a major change in the frequency of flooding over the two decades.

What about drought conditions?

While Mumbai has experienced heavy rains and flooding, much of the country has been experiencing very dry weather.

The south-eastern city of Chennai has suffered from severe water shortages because of delayed rains.

There has also been a recent heatwave across India, with temperatures crossing 45C in several regions in June.

Overall, more than 44% of land across India is estimated to be under drought - 10% more than last year.

So, are there patterns we can see from looking at the temperature data over time in India?

A heatwave is declared when temperatures reach at least 4.5C above an area's normal temperature for two days.

Also of note is the very noticeable jump in extremes of heat and cold for 2017 and 2018.

But the outlook for extreme weather conditions in the longer term is not encouraging.

A study carried out by an international team of researchers has predicted that by 2100, about 70% of India's population is likely to face threats from extreme heat and humidity driven by global warming.

Mumbai is a good example of the problems faced by urban planners in dealing with the annual monsoon rains.

When, in 2005, at least 900 died in floods in Mumbai, a decision was made to build eight stations to pump out water. Two of them are yet to be built.

Large parts of the city are built on land reclaimed from the sea and many blame poor planning and rapid construction for the annual rain chaos.

Mumbai's centuries-old storm drains discharge rainwater through outfalls into the sea and the city's Mithi river, but these outfalls get blocked when high tides coincide with heavy rain.

Their capacity is also affected by silting and dumping of solid waste.

A plan to revamp the city's drains began back in 1993, but critics say not enough has been done.