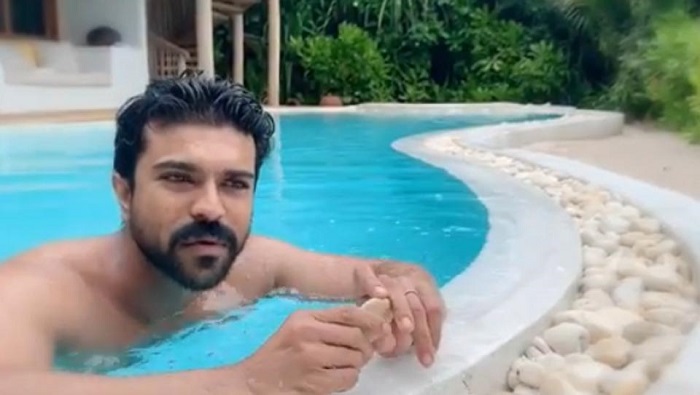 Ram Charan released a video to announce his arrival on Instagram. He said that he is excited about connecting with his fans.

Actor Ram Charan, who is busy getting ready to resume shoot for SS Rajamouli’s upcoming magnum opus RRR, will make his debut Instagram debut on July 12, he revealed via a special video that has been released.

Sharing the video, his wife Upasana Konidela wrote on Instagram: “FINALLY HE MADE IT @alwaysramcharan #ramcharan On @instagram #‪itsgonnabeMAD #friday.”

Ram Charan said in the video he will join Instagram this Friday (July 12). He went on to reveal that he’s looking forward to connect with his fans on this amazing platform which will be new for him and that it’s going to be a lot of fun. His handle name will be ItsAlwaysRamCharan.

On the work front, Ram Charan will soon join the sets of RRR, in which he shares screen space with Jr NTR for the first time in his career. Rajamouli had said that RRR will be a fictional story set in 1920s pre-independent era and it will be based on few years in the lives of two real heroes and well-known revolutionaries – Alluri Sitarama Raju and Komaram Bheem. While Jr NTR will be seen as Komaram Bheem, Ram Charan will be playing Alluri Sitharama Raju. The film will also star Alia Bhatt and Ajay Devgn in key roles.

At the launch event, calling it a pan-Indian film, Rajamouli said that he is pleased to have Alia and Ajay on board. “I’m really glad both of them instantly agreed to be part of this project. When I sent Ajay a text that I would like to meet and pitch an idea, he immediately made time to meet. He got really excited after hearing the idea and instantly worked out his dates for this project. Ajay will be seen playing a very important role in the flashback episode,” he said.