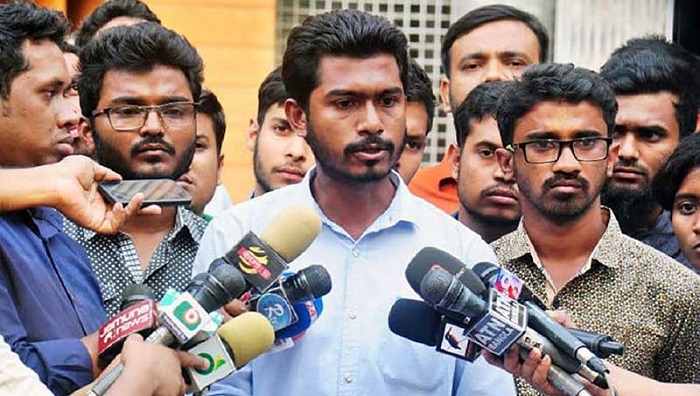 “The student community has to be vocal against killing, rape, disappearance and corruption. Injustice and offense have occupied every inch of the county. If we don’t wake up at this very moment, grave darkness waits for us in the near future,” Nur warned.

He came up with the wake-up calls after he spoke at a rally at the foot of Aparajeyo Bangla on the Dhaka University campus.

The DUCSU VP said, “None, from 9-year old child to 90-year old woman, is being spared from rape incidents. A child is compared to flowers and considered as the symbol of sacredness. But the rapists looked at them sexually. The culture of Lawlessness in the country is mainly responsible for this.”

Criticising extra-judicial killings in the country he alleged, “The government is staging drama of ‘killing in gunfight’ to establish the culture of lawlessness permanently.”