College teacher suspended over mention of Sefuda in questions 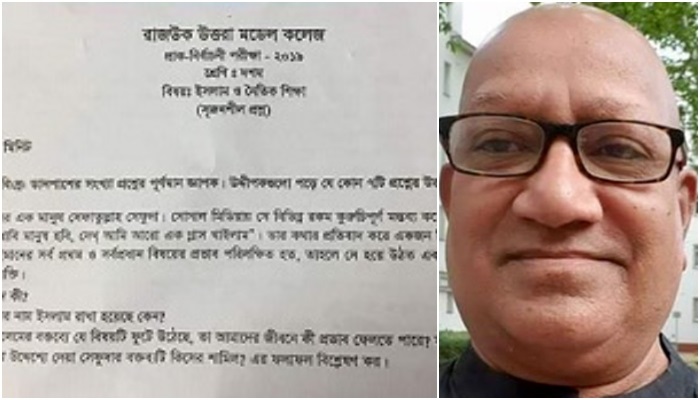 The decision was disclosed after a 5-member probe body, headed by the vice principal of the college, held a meeting on Wednesday.

The suspended teacher was identified as Jahinur Hasan, a teacher of the Islam and Moral Education Department of the college.

Earlier, questions were prepared mentioning Sefuda in the pre-test examination of Islam and Moral Education of the college and the question paper went viral immediately on popular social media platform Facebook.

The questions sparked criticism on Facebook as people asked how the college authorities have approved questions regarding such a controversial individual.

Sefuda, a Bangladeshi expatriate in Vienna, Austria, has recently become popular with his trash-talking videos and earned wrath for his controversial remarks on different issues on Facebook.