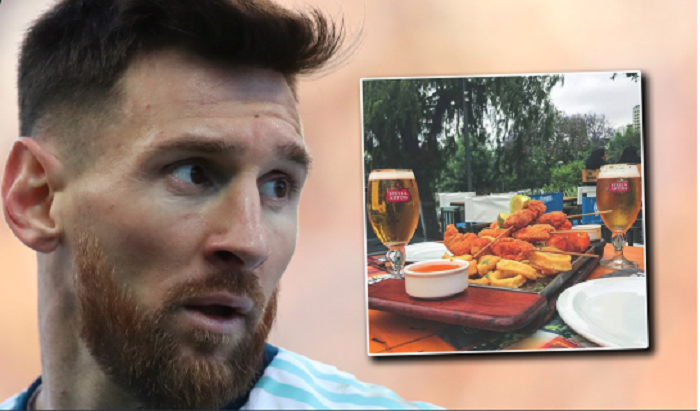 A bar and restaurant owned by the family of Argentinian superstar Lionel Messi has been handing out free food and drink to the homeless in his home town of Rosario.

Argentina is going through a cold snap and the weather, coupled with economic uncertainty, has led to lots of people sleeping rough on the streets.

To help cope with the crisis the restaurant, named VIP, has been offering warm food and drink to those who are in desperate need.

The restaurant plans to keep this up for just over two weeks until the situation improves.

"We've been giving coffee, soft drinks and even some wine to some," said restaurant manager Ariel Almada, as reported by Marca .

"Many people came and were very respectful.

The restaurant also plans to collect some warm clothes to hand out to those who require them.

Messi is heavily involved in charity work through the Leo Messi foundation.

In February, the foundation donated €200,000 to help fund a water project in conjunction with UNICEF in Kenya.

The money was used to go towards building a water pump and supplying food, meaning that more than 2,000 people had access to running water in their homes and in primary schools.

Messi was recently involved in controversy following Argentina's defeat to Brazil in the semi-finals of the Copa America.