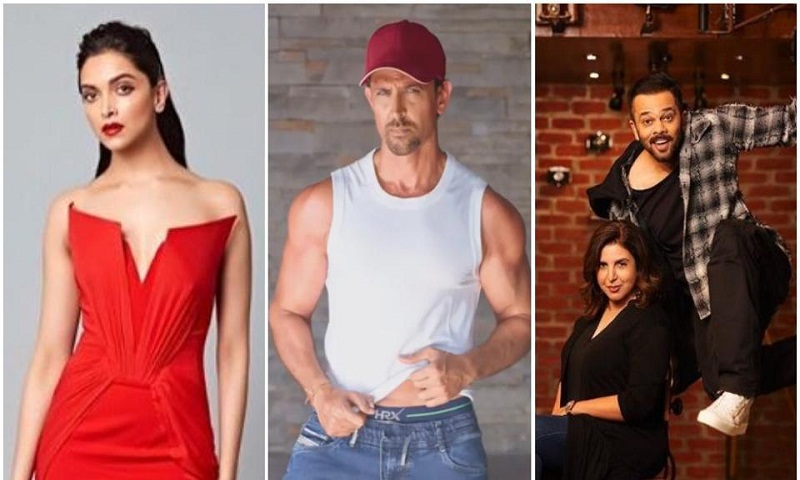 Looks like actors Hrthik Roshan and Deepika Padukone are set to reprise the roles originally played by Amitabh Bachchan and Hema Malini in the remake of much-loved comedy of the 1980s, Satte Pe Satta. According to a report in Pinkvilla, the two actors will star in the film, to be directed by Farah Khan. It will be a Rohit Shetty production.

In February this year, Rohit and Farah has announced that they would be collaborating on a project together. Rohit has posted a picture of the two together and written that she would direct a film produced by him. He wrote: “Farah Khan directs the biggest action comedy flick for Rohit Shetty Picturez. Welcome to the Family Farah. Let’s fly together.” Farah too have tweeted about it.

According to the report, a source that Deepika was a unanimous choice for both. The source said: “Both Farah and Rohit wanted Deepika Padukone in the movie because not only do they love her but she fits the role to the T. When DP debuted, everyone felt she had an uncanny resemblance to Hema ji in terms of her beauty as well. When Farah narrated the story to DP, she loved it and instantly gave her nod.” Deepika has done the super hit film Chennai Express with Rohit before, while Farah was the one who launched Deepika into filmdom with Om Shanti Om and later worked with her in happy New Year too.

Deepika and Hrithik remain busy with their respective films -- while Hrithik’s Super 30 is set to hit the screens on July 12, Deepika has completed her commitments in Meghna Gulzar’s Chhapaak and is shooting for a small role in Kabir Khan’s 83. The latter stars her husband Ranveer Singh as former cricketer Kapil Dev, with Deepika playing his wife Romi Dev.