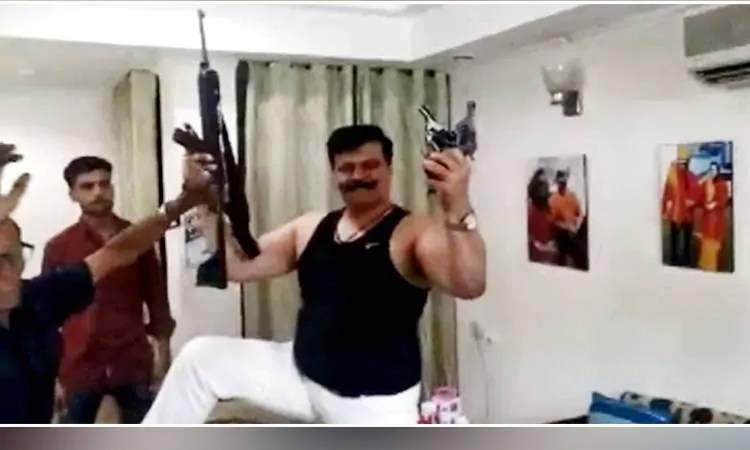 The videos have become viral now, comes after the MLA from Hardwar was suspended for three months by the BJP party for threatening a news reporter from News18 for airing a story about him using private vehicle as a pilot police car.

Hurling abuses and cursing the Uttarakhand state, the MLA can be seen dancing with an automatic rifle and two pistols.

The BJP MLA from Haridwar district is claimed to be involved in a legal war with another party MLA.

Meanwhile, the BJP party said it has taken notice of the video.