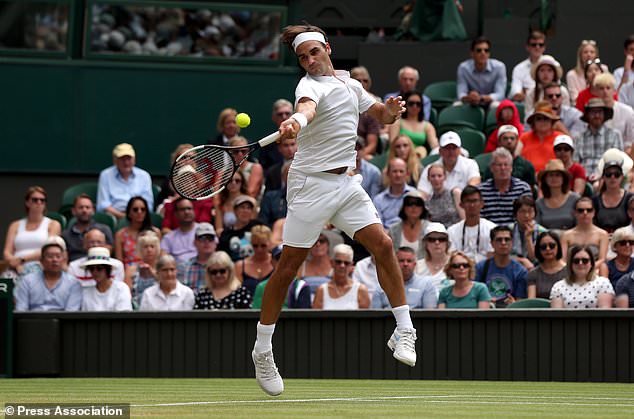 A quick look at Wimbledon:

The Big Three get back on court at Wimbledon for the quarterfinals, all facing opponents who beat them the last time they played. Defending champion Novak Djokovic will be first on Centre Court against David Goffin, and eight-time champion Roger Federer follows against Kei Nishikori. Rafael Nadal, a two-time champion at the All England Club, will be second on No. 1 Court against Sam Querrey. The first quarterfinal match in that stadium will be between Roberto Bautista Agut and Guido Pella. Djokovic is 5-1 against Goffin, but he lost to the Belgian on clay in Monte Carlo in 2017 in their last meeting. Federer is 7-3 against Nishikori, but lost to the eighth-seeded Japanese player on a hard court at last year's ATP Finals. Nadal is 4-1 against Querrey, but lost to the American on a hard court in 2017 in Acapulco.

STAT OF THE DAY

37 — Number of Grand Slam semifinals reached by Serena Williams, tying Steffi Graf for the third most in the professional era but still 15 behind Chris Evert's record of 52.

QUOTE OF THE DAY

"I have always been an Avenger in my heart. Maybe I'm super strong, I don't know." - Serena Williams after being asked what she did to draw a $10,000 fine for damaging a court during a practice session before the tournament.