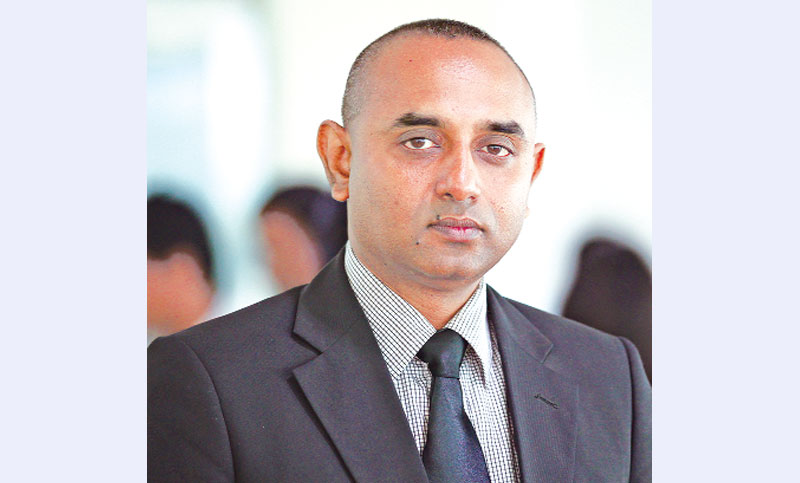 An idle mind is the devil’s workshop”. Extracted from H.G. Bohn’s, Hand-Book of Proverbs, 1855, it reminds us of the Rohingya crisis. To Myanmar, Rohingyas have become a liability rather than an asset for lack of education and skill. Who is responsible for this situation? People of this minority group of the Rakhine State are deprived of education and occupation for decades due to a hostile policy of the Myanmar authorities.

The antagonistic approach has boomeranged on the Myanmar government. At a time when many countries are inviting immigrants, Myanmar has forced out its own people, Rohingyas.

Rohingya people are deprived of fundamental rights because of wrong policy of oppressive military rulers who ran the country for 49 years. The generals, who were at the helm of affairs from 1962 to 2011, had suppressed almost all dissents and violated gross human rights.

A gradual liberalisation began in 2010, leading to free elections in 2015 and the installation of a government led by veteran leader Aung San Suu Kyi the following year. The country is still haunted by military legacy with stereotyped repressive policy about Rohingyas.

People of the minority community forced out of Rakhine homesteads started to live in Bangladesh two-three decades ago. But the latest influx of over half a million Rohingyas to Cox’s Bazar in August 2017 manifested Myanmar’s hidden intention and ulterior motive more clearly. AFP report on July 4, 2019 said some 740,000 Rohingyas fled to Bangladesh to avoid persecution. Other accounts say the number has crossed one million. The United Nations has regarded the persecution of Rohingyas causing the greatest human tragedy by Myanmar as “textbook example of ethnic cleansing”. UN investigators have called for prosecution of top generals of the country for “genocide”.

Myanmar might have intended to benefit from Rohingya elimination economically, socially and diplomatically. But the reality is contrary to it. Despite the burden of Rohingyas, Bangladesh is in a better position than Myanmar in all the three indicators.

Socially, Bangladesh is in a better condition. The country follows the concept of pluralistic society accommodating people of all religions, sects, castes and beliefs. All are getting education, occupation and other facilities. Even minorities and tribal people here enjoy extra quota in education, jobs and other issues.

As much as diplomacy is concerned, Bangladesh does well. Prime Minister Sheikh Hasina has become a name of a brand in the international arena for her diplomatic efficiency, leadership and humanity. Almost all global powers like Bangladesh more than Myanmar.

What is the secret behind Bangladesh’s success? The UN slogan for SDG – “Leaving no one behind” – is the motto of Bangladesh. It gets all kinds of people to be educated and employed and it puts efforts of them in nation building.

Apart from educating own citizens, the Bangladesh government has taken steps to educate Rohingya stranger youths and children with the support of development partners. UNICEF and other donor agencies are imparting education to Rohingya children in the camps in Cox’s Bazar. By July 2018, some 1,200 learning centres were operated and almost 140,000 children were enrolled.

Investment in education is desperately needed to avert “lost generation” of Rohingya children, says UNICEF in a report published in its website. But Myanmar is sceptical about the issue. Rohingyas constitute 2 per cent of the total population of Myanmar. Instead of educating them, the military-dominated authorities put them in the pit of abysmal illiteracy.

According to a report of Al Jazeera, the situation of Rohingyas changed drastically after anti-Muslim violence erupted in the town of Sittwe in mid-2012 and authorities banned hundreds of youths of the minority community from returning to university.

Yanghee Lee, UN’s Special Rapporteur on Myanmar, visited camps around Sittwe in July 2014. Later, she said restrictions on freedom of movement are having “a severe impact on basic rights, including access to livelihoods, food, water and sanitation, health services and education”. Before barring Rohingyas from attending Sittwe University, the government had blocked degrees in certain subjects, including engineering and medicine for this minority community.

Illiteracy and unemployment give birth to many other problems in a society. If people of a community remain uneducated and unemployed for long, they are sure to suffer from depression, sense of deprivation and inferiority complex. They may be violence-prone and vindictive. On the other hand, educated and employed people are busy with profession and family. They have had hardly any time to spend in subversive activities. They are supposed to have no intention to lose job and embrace unsettled life by committing any crime against the state.

A textual example will clarify as to how suppression, oppression, invasion and illiteracy define pattern of behaviour of an affected community and cast negative impact on the society. Heart of Darkness, a novella by Polish-British novelist Joseph Conrad, says evil is an inherent part of all humans. Under the right circumstances, evil can overtake anyone’s mind and action. A character in the book, named Marlow makes trip down the Congo. It represents a journey into his inner self. As he travels further down the Congo, he begins to learn more about himself and becomes more savage. He starts to find more in common with the native savage than his own people. It shows how people of Congo became vindictive as a result of imperialism, repression, invasion and torture. Rohingyas are not an acceptation.

Myanmar may have to pay for its wrong policy. It may be subjected to some sort of retaliation by the people who are deprived of education, employment and basic rights. Some experts opine that Pakistan and Afghanistan would have seen more militancy, if the countries had not brought all sections of people under the coverage of education and employment. In Bangladesh, militancy and sabotage cannot make inroads into mainstream society for being educated and employed.

Why Myanmar fails to resolve the Rohingya crisis is its policy of hostility to the minority community. Some police or security officials of the Rakhine state were reportedly attacked by terrorists. It is not sure as to whether Rohingyas were behind it or not. If some of them were involved in the offence, it could be regarded as an isolated incident. The government of that country should not have overreacted as Rohingyas did not announce in any war of independence. Even if they fight for independence, Myanmar simply has no right to shift the trouble to a neighbouring country.

A series of mistakes on the part of Myanmar authorities contributed to a critical situation. In addition to sending the Rohingyas to Cox’s Bazar, Myanmar instigated Bangladesh in various ways. It showcased military aircrafts within Bangladesh airspace. It sometimes claimed St Martin’s island and other parts of Bangladesh to be its territories. This instigation did not produce any fruit as Bangladesh did not step into its trap. Even if Bangladesh steps into its trap, Myanmar will not harvest any benefit. Any military conflict, if ensued between the two countries, will spread to the whole region and beyond. So, it will also be a war between friends of two countries. It will be tough to calculate the outcome.

It is wise for Myanmar to shun dirty policy of persecuting Rohingyas and intimidating Bangladesh. It should allow safe and quick repatriation of its people from Cox’s Bazar and give them safety and due rights. Myanmar authorities should extensively engage with Rohingyas instead of keeping them in isolation. Any distance may widen misunderstanding. The United Nations and global powers will have to pressurise Myanmar for safe and quick repatriation. The USA, Russia and China need to play a vital role in this regard.

Bangladesh Prime Minister Sheikh Hasina recently visited China which assured her of pressurising Myanmar to expedite a safe repatriation of Rohingya strangers. Such commitment should not be a lip service. Rather, it needs to be translated into work. China and other world leaders should workout a plan to resolve the crisis with special emphasis on repatriation, education and occupation of the minority community. It is a long-term but effective solution formula. The elderly Rohingyas are likely to die within 20 years and the youths within 50 years. Myanmar should target Rohingya children and new generation who need to be educated and rehabilitated well. If Myanmar jumps into action to implement the formula, the Rohingya problem will totally subside after 50 years. But Myanmar will be benefiting from the plan during the course of its implementation. Once the crisis is resolved, Naypyidaw will get Bangladesh and other neighbouring countries as good friends. In case of any trouble, Dhaka will stand beside it.