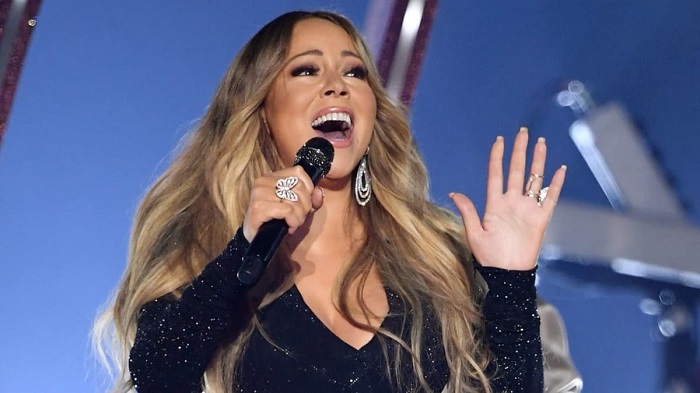 Mariah Carey is an absolute goddess, she has proved this time and time again—whether at a Fourth of July barbecue, crouching near a popcorn maker to find perfect lighting, or during her two New Year's Eve performances.

If you still need convincing, though, look no further than to her video for the #BottleCapChallenge, the internet's latest viral hashtag in which people post videos of themselves kicking the tops off bottles.

But Carey didn't kick anything. As she is a legend, she always do things differently. Instead, she simply belted out her signature whistle tone, and the cap went flying all on its own. Yup! Let me reiterate: goddess. Superhero! Otherworldly! A national treasure!

Okay, so this isn't technically what happened. Clearly someone fastened a string onto the bottle cap and pulled it the second Carey started singing. Nevertheless, the video is still iconic and by far the most creative #BottleCapChallenge entry. Mariah Carey nailed this one, guys. She won. It's official.

In a separate tweet she added, "Well, that was fun! my next challenge is trying to get my kids off their iPads."

Other celebrities have completed the #BottleCapChallenge as well, though their submissions are nowhere near as incredible as Carey's.