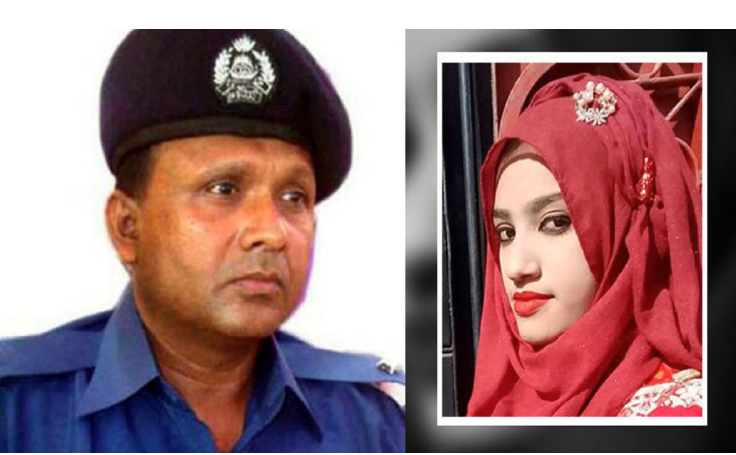 The High Court on Tuesday rejected the bail petition of former Sonagazi Police Station officer-in-charge Moazzem Hossain in a case filed under the Digital Security Act.

Moazzem will have to spend more time in prison after the bench of Justice Md Moinul Islam Chowdhury and Justice Khizir Hayat threw out his petition.

The police officer had sought bail from the bench of Justice Moyeenul Islam Chowdhury and Justice Md Ashraful Kamal on July 2.

He is accused of unlawfully interrogating Feni madrasa girl Nusrat Jahan Rafi and recording the incident on phone. A video of the incident went viral on the social media.

Moazzem was withdrawn and later suspended on May 10. A tribunal ordered his arrest on May 27 after investigators found allegations brought against him to be true. He was arrested on June 16 from Shahbagh.

The next day, the Cyber Tribunal rejected his bail plea and sent him to jail.

Moazzem had summoned Sonagazi Islamia Senior Fazil Madrasa's Principal Sirajuddoula and Nusrat, who accused the teacher of sexually harassing her.

Nusrat’s mother had filed a case with Sonagazi police over her daughter's sexual harassment. The OC interrogated Nusrat in the absence of her lawyer or any other woman and used inappropriate language.

The girl was set on fire on April 6 at an exam centre, reportedly by people loyal to Sirajuddoula. She died on April 10 at Dhaka Medical College Hospital.