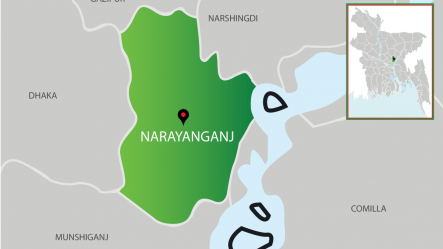 A middle-aged man committed suicide after killing his wife at Fatullah in Narayanganj on Tuesday.

The deceased were identified as Jamal Hossain, 35 and his wife Poly Begum, 28, was a garments worker, hailing from Maydashrinagar village in Mirzaganj upazila under Patuakhali district.

Quoting family members police said that Jamal Hossain hacked his wife to death with a sharp weapon and later killed himself drinking poisons.

Later, locals rescued them and took them to Victoria Hospital where duty doctor declared Poly dead and Jamal reffered to Dhaka Medical College and Hospital. But doctors at DMCH pronounced him dead.

Aslam Hossain, officer-in-charge (OC) of Fatullah Model Police Station said the reason behind the killing is still not clear. But the matter is being investigated.