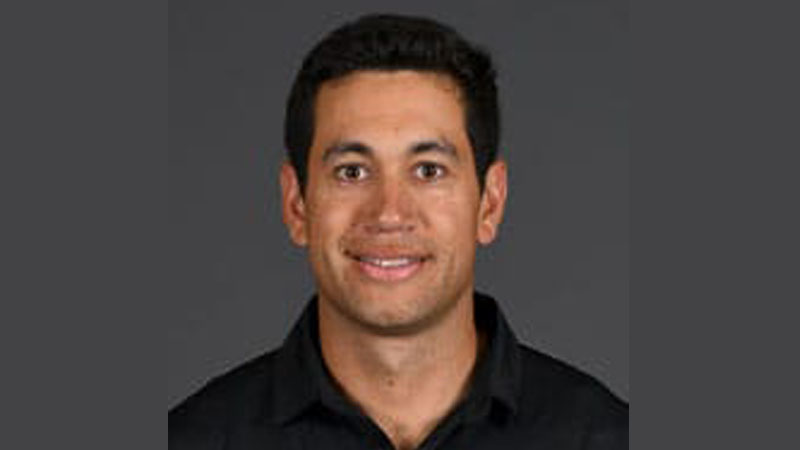 "I think people are genuinely surprised that I've scored the amount of runs that I have done," Ross Taylor says as he reflects on the last four years, before bursting into laughter. Since the last World Cup, Taylor has scored 3153 ODI runs at an average of 64.34. For perspective, Rohit Sharma after his five hundreds at this World Cup, averages a fraction lower at 64.30.

There comes an inflexion point in every lengthy sporting career. For Taylor, the ODI batsman, that came as he saw Australia parade the World Cup trophy around the MCG in 2015. New Zealand had enjoyed, in the words of their captain Brendon McCullum, the "time of their lives" in that run to the final. But not Taylor, who'd scored a modest 221 runs at 31.57 - a secondary support act to the star cast of McCullum, Trent Boult and Kane Williamson.

"As a team we played very well, but I just couldn't get going at all," Taylor tells Cricbuzz. "Soon after we finished that final, we were going to have the winter off and I just thought about my game, about the mistakes I made. I wasn't going to get any younger coming into the next World Cup and wanted to prepare as well as I could. I needed a bit of focus."

Little did Taylor know then that 'focus' would have more than one connotation.

A year on, in an ODI at Mohali during the tour of India, he was standing as a strategically placed wide slip fielder to counter Virat Kohli's most profitable early-innings stroke - the glide to third man - and Kane Williamson's new plan nearly came to fruition. Kohli did not get high enough to ride the dab and the ball flew comfortably towards Taylor, who got into position but somehow let it strike him under this thumb before the ball landed on the grass.

Matt Henry dropped to his haunches while Taylor kept staring blankly at the notoriously low floodlights at the PCA Stadium, before running over to offer the bowler a sincere apology. A little after the Indian captain was done anchoring another ODI run chase with a hundred, Taylor moved closer to correcting a long-standing eye problem, one that affected his cricket for the better part of three years.

"I never was a fan of playing Day-Night cricket or fielding under lights," he says. "I really couldn't pick up the ball. I didn't mind when the sun was out. It was fine. When it was dark and cloudy when you are fielding, or especially at the start of your innings. Oooff..." he tails off.

The biggest challenge about the pterygium - a pinkish, triangular growth on the conjunctiva in the eye - besides spelling it out to friends - was to finally get down to making a decision about it. Operate it and lose six weeks of cricket or believe evidence to the contrary and play on. Taylor was already afflicted with the condition and still managed his magnum opus 290 at Perth about 10 months before the Mohali game.

But before Perth, there was Brisbane. "Even before we batted at the Gabba, I was fielding at slip and couldn't see the ball at all. I went off [the field] and told the physio I couldn't pick up the ball. Then when we batted, I got a duck. After the Test, we went and saw a specialist in Brisbane and he said that I had to have an operation in 12 months but as it stood, I could try some eye drops. Next Test, I got 290.

"The lubrication of the drops worked when it [the eye] was dry, helping me out a little bit. As they say, cricket is a game of small margins. If you can give yourself 1-2% increase in seeing the ball, it made my job easier. But in hindsight, I really should have got my operation done probably a couple of years earlier."

Taylor had first experienced this irritation in the eye in 2013. His eye was visibly "redder" in the mornings. It was a condition familiar to surfers in New Zealand who are exposed to the sun's reflection off the water, so Taylor didn't pay much heed to it. "I started not knowing what it was and realisation happened only gradually. For me it was just one eye which was a little bit strange, but yeah, I had been struggling for a while.

"I think I probably underestimated how much it affected me really," Taylor confesses. "Picking up the ball early in the innings, when you are most vulnerable, in your first 15 balls, regardless of what format you are playing, is so important. It's very strange thing when you play and miss a ball which you thought had covered and you didn't even get anywhere near it. Cricket is not a great game when you feel like you should be hitting the ball and you are missing it. Obviously for the mental state of your game, it dents your confidence as well."

Taylor continued consulting ophthalmologists after returning from India. He didn't bat in the second innings of the Christchurch Test against Pakistan 12 months later after undergoing a preliminary eye test. A second prognosis ahead of the Hamilton Test even certified him with a perfect 20 by 20 vision but his left eye had deteriorated quicker than had been hoped in Brisbane. Surgery ceased being just an option. He missed six weeks but when he took his stance again, saw things he'd not seen for a while.

"About two weeks after the surgery, I took throw downs with our trainer and he was using a new ball. I saw it swing from the hand and thought to myself, 'Jeepers! I haven't seen that in a few years.' I can't pinpoint how much of an influence, big or small, that surgery had but I'm glad I got it done. I wish I had got it done much earlier but once I did get past that decision, cricket became easier," Taylor says.

That game in Mohali would've opened Taylor's eyes in more ways than one. That Kohli 154 was a template to the brand of batting that Taylor himself had wanted to incorporate post that MCG final: Play straight, in the 'v', and along the ground. That meant there now had to be a concerted effort to cut out the early-innings slog sweep and the cross-batted swipe; shots that came naturally to him, with his bottom-handed technique that came out of a hockey upbringing.

"I realised teams were setting you up to try and do that. So the nice way is to negate that. It's a nice feeling when you can hit a slog sweep for six. It's probably a good shot when it goes for a six and the fans love it. It's probably a thrill. But saying that, there are still other ways of scoring runs and quick runs at that. As a batsman I wanted to strive to be consistent and for that I had to eliminate ways of getting out. Playing straight and giving yourself a bit of time gives you the best chance of doing that," Taylor says.

Taylor has walked a hard path, turning his 'good' ODI career into getting bracketed alongside one of the format's pre-eminent batsman even if for a four-year cycle. But by his recent standards, the World Cup hasn't exactly gone to the plan even if the processes are set in stone. The varied conditions across different venues and a bunch of strangles down the legside have reduced his throughput to a mere 261 runs at 37.29 and two half-centuries.

But there is still time.

New Zealand have had several great players in the past and many solid World Cup campaigns, but because they've had mostly a barren trophy cupboard, only a handful few of those greats have earned strong recall value. Taylor himself has been sympathised with, loved and even recognised. But will he be remembered? Recollecting where and how this second wind began will be the perfect starting point as Taylor prepares to contend with matches (hopefully two) that stand to shape his legacy.