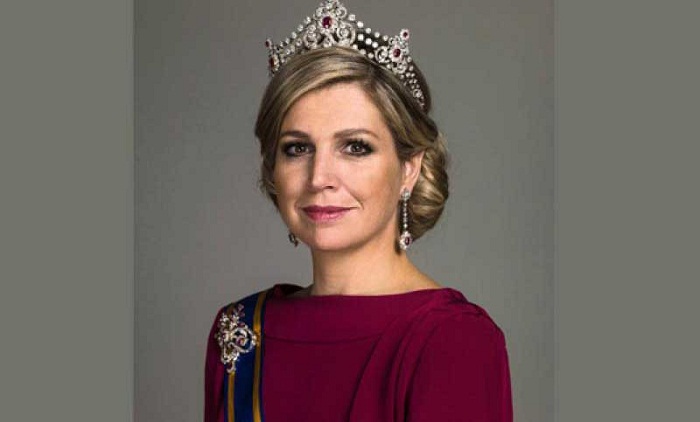 Dutch Queen Maxima arrives in Dhaka today (Tuesday) on a four-day official visit to see various development activities of Bangladesh, the foreign ministry confirmed it by issuing a press release.

She is scheduled to reach at Hazrat Shahjalal International Airport (HSIA) by an Emirates flight at 5:20 pm. Foreign minister Dr. A. K. Abdul Momen will receive the Queen at the airport.

The Dutch Queen is likely to have a meeting with Prime Minister Sheikh Hasina at the National Parliament house at 7:00 pm on Wednesday.

Prior to that Queen Maxima will visit the United Nations headquarters in a meeting with development partners at IDB in Agargaon. Later, she will also visit Zindari Municipality and a boutique shop in Tangail.

The Dutch Queen will also meet Fazle Kabir, Bangladesh Bank governor and the officers of postal and Telecommunication Ministry on Thursday.

Later, she will attain a round-table meeting with some representatives of private sector.

The Queen will meet President Abdul Hamid at Bangabhaban at evening on the same day.

The Dutch Queen is scheduled to leave Dhaka on July 12.

Notably, Queen Máxima has served as the UN Secretary-General’s Special Advocate for Inclusive Finance for Development (UNSGSA) since 2009.