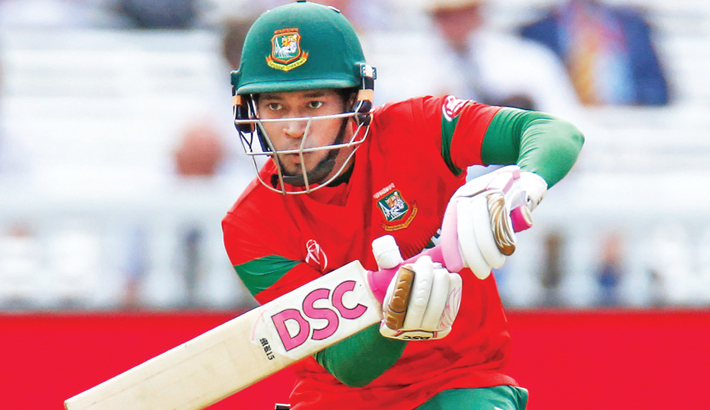 The path was not so smooth for Bangladesh wicket-keeper Mushfiqur Rahim in ICC World Cup 2019 as was injured in the middle of the tournament and questions about his wicket keeping skills raged on during Tigers match against Kiwis but Bangladesh’s little master played an instrumental role which helped ace all-rounder Shakib Al Hasan to set and break some unique records in the biggest platform of world cricket.

‘’I feel everyone makes mistake but in this part of the world, critics are much louder than some other countries and to me it looks that he is quite used to when it comes to dealing with it,” he said.

“Mushfiqur has a lot of mental strength and he always feels that no matter who says what, he is capable of delivering the goods more often than not and that is the reason he is quite consistent,” he said.

Injury had always been a scare in Bangladesh campaign in the tournament and one of their core member, Musfiq, could not defend himself from the epidemic. The only match where the wicket keeper couldn’t live up to his potential scoring just one (1) was against West Indies when the right-handed batsmen suffered an injury after getting hit by a ball while batting in the nets in Taunton which put his availability against the Caribbean in doubt, though, he eventually played the match but failed to contribute for the team. It was apparent that it was just his fitness that restricted him against the Caribbeans as he struck 102 runs against Australia in the next match.

Shakib’s consistency overshadowed performances by other Bangladesh performers and Mushfiqur was one of the sufferers. Mushfiq’s 367 runs, was the second highest for any Bangladeshi batsmen in the tournament and was never in spotlight as Shakib was outclassing everyone with his brilliance. Despite the fact, Mushfiq also kept an impressive average rate of 52.43 runs with strike 92.68 strike rate. If Shakib is considered the ace for Bangladesh in this World Cup then Mushfiq was the one who helped him to become that.

The match where Bangladesh defeated South Africa in this World Cup, which is considered one of the most crucial games of the tournament, Mushfiq was the highest run getter for the winning side. The wicket keeper built a 142-run partnership with Shakib that helped Bangladesh to post 330runs on the board which Tiger’s defended with 21 runs to spare.

Shakib, who came into the crease at three, returned while Mushfiq still showed some resistance and ended his innings with 78 runs after Shakib’s departure in that match. Andile Phehluwakyo who was the best bowler for Proteas on that day and Mushfiq was the man who was brave enough to charge their best bowler and later Shakib took the advantage.

Though, in the very next match against New Zealand when Mushfiq missed out on a chance to dismiss Kiwi captain Kane Williamson the miss prompted barrage of criticism on his keeping skills. The unlucky keeper could not contribute with the bat in that match as he put up a 50-run partnership with Shakib after Bangladesh falling for 60 runs for 2 wickets with Soumya Sarkar back in the hut.

Mushfiq was again playing second fiddle role to Shakib as the duo put up 106-run partnership against England after being set a mammoth target.

The diminutive batsman made another agenda-setting performance in the match against Afghanistan, playing an 87 ball-83 run knock in extremely slow pitch. A defeat at the hands of Afghanistan would have not gone down well in Bangladesh and hence the performance was noteworthy. It was even more valuable because of the way Afghanistan’s three-pronged spin attack found claimed Tigers’ wickets on demand.

“I think there are still areas for improvement like I want him to play short ball outside the off stump more toward the cover region than what he is doing now. Currently he is playing it square through the backward point but if he can improve that shot then it will help him become an even more compact batsman,” he concluded.