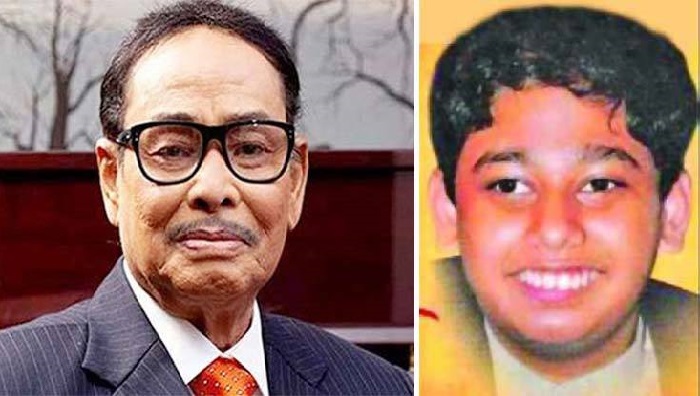 A General Diary (GD) was filed with a police station in the capital over threats to Eric Ershad, son of ailing Jatiya Party Chairman HM Ershad, over mobile phone on Monday.

According to the GD, it was claimed that “JP Chairman HM Ershad has been receiving treatment at the Combined Military Hospital (CMH) in the city for last few days. During this period, someone has repeatedly been threatening Eric Ershad over mobile phone.”

“As the director of Hussain Muhammad Ershad Trust, the responsibility falls on my shoulder to take care of Eric Ershad,” the GD said.

Eric Ershad is the sole son of HM Ershad and his ex-wife Bidisha. After Ershad's separation with Bidisha, Eric has been living with both of them in turn. Usually he lives with his father at the President Park residence in Baridhara due to security concerns.

HM Ershad, now on life support at the CMH, has been suffering from various old age complications, including low haemoglobin and liver complication, high bilirubin and serious keen pain.

Earlier, he was admitted to the CMH in the city on June 22 as his condition deteriorated.