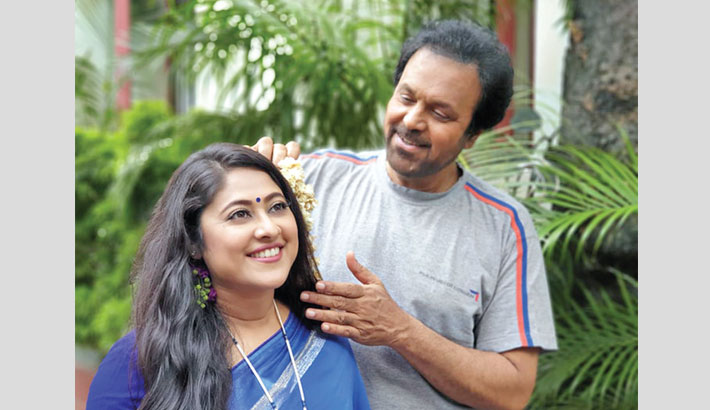 Famed actor Tariq Anam Khan and popular actress Sumaiya Shimu will share the screen space in a drama titled ‘Water’. They will be seen for the first time as a married couple.

In the play, Tariq Anam will act as a patient with aquaphobia disease. He always gets scares of water, even in his bathroom. His spouse Shimu struggles to handle Tariq’s odd characteristics. She realises that, life is synonymous to water, but it also causes to death.

Tariq Anam said about this drama, “This is a psychological drama. The story revolving around Water is unique and interesting. I hope the audience will get to watch something different in this drama.”

On the other hand Shimu said, “It’s very honour for me that I have worked with a big artiste like Tariq Anam Khan. Earlier, we shared the screen space together but this is the first time we played as a couple. I am very positive about the drama. Water is not only for entertainment, viewers will also get a message through this play.”

The drama Water will be aired on a private satellite channel during the upcoming Eid-ul Azha. Besides, Tariq Anam and Sumaiya Shimu, Sharmili Ahmed, Child artiste Mohammad and others have played role in the drama.