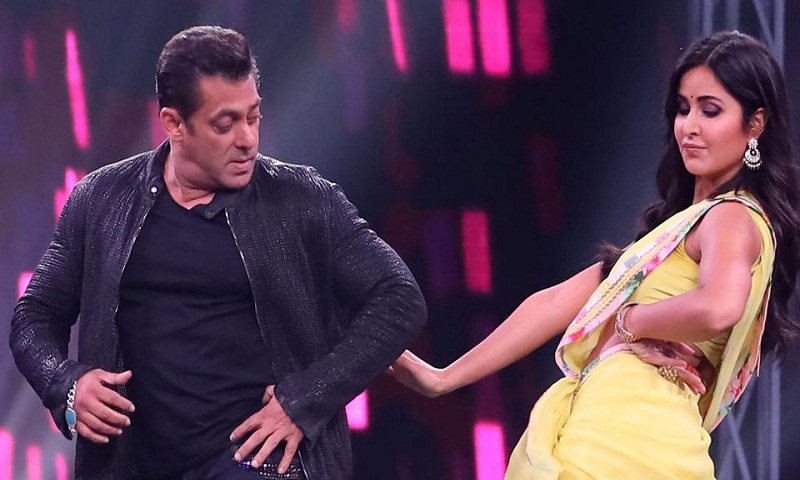 The reports of Salman Khan’s fees for Bigg Boss 13 have been greatly exaggerated. It was previously reported that the actor would make Rs 400 crore for the upcoming season of the reality show, which he has hosted for several years, but a new report suggests that the figure is inaccurate.

Pinkvilla quotes a source as saying that Salman will make a little less than Rs 200 crore for the entire season. The actor shoots two days’ worth of episodes in one day, and is compensated per episode. “Last year, he charged Rs 11 crore per day of shoot. He shoots both the weekend special episodes in a day and so, in 2018 he minted Rs 165 crore from the whole season,” the source said, and continued, “BB 13 will be a notch higher. He has hiked his fee and will get Rs 13 crore per week, which means Rs 6.5 crore per episode. That also means that he will in fact be earning close to Rs 200 crore (Rs 195 crore exactly) this time and not 400 crore as being reported.”

The upcoming season will last 105 days, and extend to 15 days. Bigg Boss usually begins around September or October.

It was previously reported that Salman would make Rs 400 crore for the season. “Salman is charging a whopping amount of Rs. 31 crores per weekend which makes it a total of Rs. 403 crores for a mere 26 episodes. It is being said that the actor has an offer to make and he might as well be producing the show, along with shows like The Kapil Sharma Nach Baliye in his kitty already,” a Koimoi report suggested.

It has also been rumoured that Salman will be joined by a female co-host this season. “Salman felt that to add freshness to this year’s season, the makers should get a female co-host. Apparently, Salman might take a back seat and give his female co-host more exposure so that she can bring newness to the show. Nothing is concrete as of now, these are mere ongoing conversations,” a BollywoodLife report quoted a source as saying.